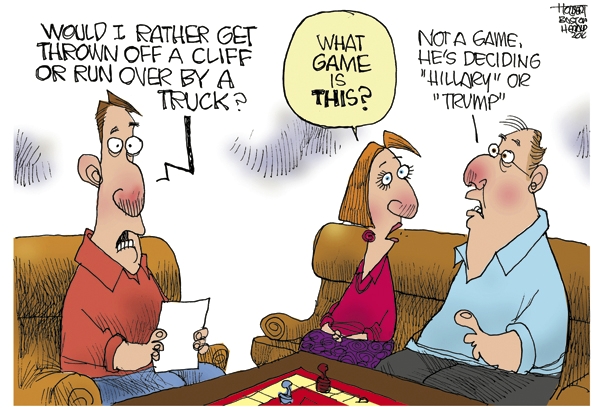 Thank you, Lyerly Funeral Home and Westlawn Memorial Park. You are giving this child a proper burial. This poor child never had a chance. I can’t believe that the abuse went on for so long and nobody knew. These parents, if you want to call them that, should get whats coming to them.

This is such a horrible case; however, I am glad that she has been found and now can fly with the angels.

Whoever did this to her will get theirs. … RIP, sweet girl.

Thank you to everyone that has worked so hard in the efforts to find Erica. Many thanks to the funeral home and the graveyard for donating your services. May Erica now rest in peace.

I will never understand how people can mistreat and abuse children. There are so many couples that would love to have a child but cannot due to medical reasons. I think that there is a special place in hell for people like the Parsonses and others like them.

Thank God her remains can be put to rest; seems as though that’s something this precious child never had in life. Rest in peace, Erica.

“No Irene Goodman and no horse farm,” but there are, however, two swine.

Thanks, Sheriff Auten, and to your staff for being relentless on settling this case.

I am so heartbroken over the outcome of Erica Parsons’ life; a sweet innocent child who had her whole life ahead of her, taken away by monsters. …

Erica Parsons’ case disintegrated the very fabric of our humble and precious life in Salisbury. Rest in peace, angel.

What a sad turnout. Why was the Department of Social Services  not on top of this? If a child’s parents are receiving a check for a child, DSS should do home visits and should have known this child was missing, sooner rather than later. Our system failed this child. So sad. I hope whoever did this is punished to the full extent of the law.

Profound joy, relief and tremendous thanks to our district attorney and Rowan County Sheriff’’s Department for their vigilance in this difficult case. Erica, rest in peace, child, you spoke loudly, clearly to keep the search going. Go rest, child.

I appreciate the sister of Erica’s biological father for getting in touch with an investigator who took this case for no monetary reason but that he had been adopted.

I am so thankful that she has been found, although I had hoped she would be found alive and be able to testify. …. Pray that justice will be served and not swept under the rug. … God bless this poor child

… Deal reached to excavate all coal ash in Rowan County

I enjoyed looking at the front page of my Salisbury Post this morning and woke up knowing this was a true fact. Duke Energy has finally started making steps in the right direction, but I hate that it took enforcement and years of fighting along with a federal lawsuit for Duke Energy to finally do the right thing here at Buck.

While I am very pleased and thankful toward Duke for doing this for my community as a whole, I cannot and will not forget my sister plant, Allen in Belmont, and hope Duke Energy continues stepping in the right direction and commits to full cleanup at Allen, along with the other five coal ash dump site locations across our state.

… Let us not forget that residents here in Dukeville are still drinking and cooking with bottled water (been 18 months now), looking at another two-to-four years before permanent water will be in our homes. …

While, yes, I am pleased, I also live in “the real world” of being a neighbor to a Duke Energy coal ash dump site.

I was so glad to be a part of this event. Many women need to understand that there is help out here for them, and they don’t have to be treated like that.

Thanks for sharing your journeys, ladies. Lots of ladies will benefit from your positive outlook. Cancer is such a scary diagnosis that most people think the worst.

Dr. Roy is a wonderful surgeon. I cared for many of his patients as a nurse at Rowan Medical Center and I promise he puts his patients at ease and  gives them a much better outcome when both procedures are done at the same time.

My breast cancer was the same type as Janet’s. I, too, decided to have a bilateral mastectomy. My journey took a turn then, since I opted for the abdominal flap reconstruction surgery.

I also had the pleasure of having the “dream team” on my side. Drs. Roy, Mallico and Brinkley were all amazing and supportive doctors. My experience was such a blessing in my life, and I want to thank the “dream team” for all they do for their cancer patients. They never know how much weight their kindness and patience carry to all those who come knocking at their door. It is indeed a special relationship that forms when you are put on the path to become a survivor.

Oh my, how your story touched my heart. So many family and friends have gone or are going through this, and it is so meaningful to know the ones you love are there, and many others. My prayers and love to you, your mom and all your family as you continue in this fight against cancer.

Prayers for strength to get through this trial of life. My baby girl was not even 26 when she was diagnosed with breast cancer. I felt like someone had punched me in the stomach and stolen all my air. She had only been married around five months.

But here we are, eight years later, with two beautiful grandsons! She started teaching this year and is working on her master’s in education. It was her strong character and our faith in God that got us through this, and a host of praying people all over the world. I praise God for His healing power and His unconditional love. Prayers for your mom, you and your family.

Thank you for sharing. I already love your mom, but now I know more about her story. Cancer brings out the amazing in people — strength, a deeper love, faith we never knew we had.

In my opinion, the main issue of Rowan-Salisbury Schools has not been addressed: negative student behavior. Parents have got to be held accountable for the behavior of their children.

I agree with Mr. Hughes and Ms. Chel Nicole as well as Mrs. Cox. As a retired teacher, the issue is poverty, which contributes to student behavior and parent and child accountability.

Teachers need to be treated as trained professionals (emphasis on trained) and not as slaves. They need to be appreciated and allowed to voice their opinion without repercussions. As they enter the field of RSS, they need to be trained on how to work with students who are living in a poverty-stricken area (66 percent). In addition, parents need to have some training as to what they can do to help their student, as they, too, are unaware.

I conclude from your letter that what you really wish for is reporting that favors your own positions and priorities, and when it doesn’t you cry foul.

Lastly, I remember reading an editorial written by Cal Thomas … complaining about Mrs. Clinton’s deplorables comment, so I’m pretty sure you’re wrong in stating that no editorial appeared deriding those comments. (Editor’s note: See “Cal Thomas: The deplorables,” in the Sept. 13 Salisbury Post.)

There are red flags of bias in Mr. Ketner’s My Turn piece. He should have attacked the mainstream media as a corporate entity advancing its world view for profits. Is there any such thing as a liberal media? Much of what I see advances the reporting of incidents for the sake of ratings. Mainstream media is big business. Its primary objective is to make profits . Reporting the news is secondary.

Jeff, you are dead-on in your comments

I remember this lady as always kind and caring.

When I was in elementary school her mother, Daisy Hedrick, took her granddaughter, Kathryn, another girl from First Methodist and me to St. Louis, Mo., for a Philathea conference. We flew from Salisbury in the company plane, but when it came time to return home the company needed the plane elsewhere. So between mother and daughter, they made arrangements for us to fly Eastern back to Charlotte, where Billy picked us up. We had a great time returning home, with lots of laughter.

I grew up in that church and remember Allen III and Judy and Katheryn then, as Joanne was much younger. Billy was in Sunday School class with my aunts and mother and the class teacher was Mrs. Hedrick. …

I know Billy will be missed not only by her family but also by her many friends from all her business and social networks and from her widespread philanthropy. R.I.P., Billy.

The fairgrounds need to build an amphitheater and get some good bands to play all year long. Greensboro has one, Charlotte has two, Winston Salem has one.

… Center for Faith and the Arts hires new director

Andi Shores Cantrell,  congratulations. She is very dedicated, as she stated in this article. We’ve known her as our former pastor and friend. We also know her family. Both daughters are very talented.

Congratulations to Andi Cantrell and CFA. This is a very good move, and looking forward to experiencing this new wave.

It would make a great building both structurally and geographically for an art co-op. Salisbury/Rowan is a strong arts venue. Local artists and craftsmen have limits in consigning art work. Most shops take anywhere from 30-50 percent as their cut. What if a co-op was organized that was run by the artists volunteering their time, with a minimal amount taken by the co-op — say 20-25 percent — for expenses? Have a space for artists to work, maybe offer workshops.

KDH (Kill Devil Hills) art co-op at the Outer Banks could serve as a great model. It is a great building. As an arts venue, it may be eligible for grants and sponsorships. A nice little coffee corner to facilitate lingering about and having conversation could also be included.