Another conference championship for Salisbury tennis 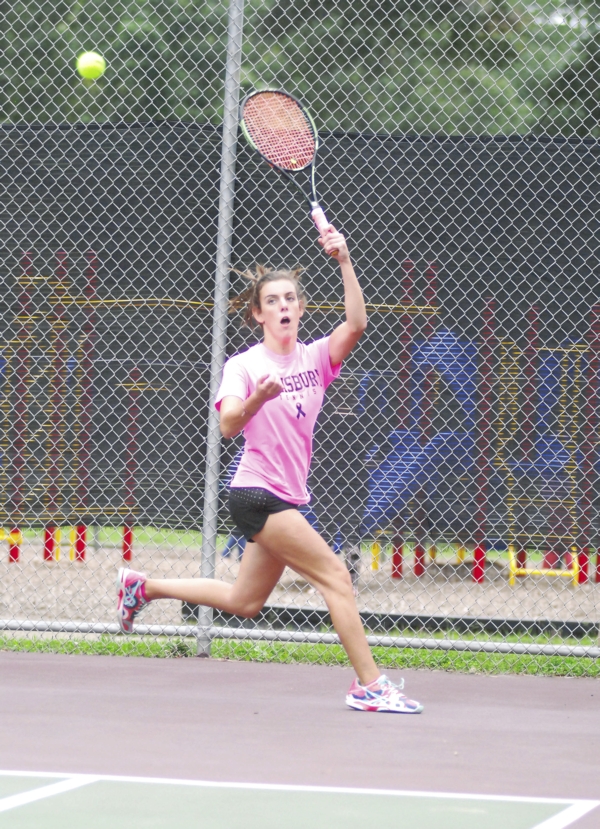 Gone are the likes of Honeycutt, Rusher and Steinman — players who powered the Hornets into the last year’s 2A Midwest Region final. The 2016 group, coach Milton Griffith is quick to point out, has taken a less direct path.

That’s understandable. The Hornets lost five of their top six players from last year’s 13-2 squad, yet still leveled everything in their path this autumn. Their 8-1 victory over North Rowan at City Park courts yesterday capped an unblemished CCC championship season, Salisbury’s 14th straight, adding another chapter to the program’s unparalleled history.

“A lot of people thought this was going to be a bad season,” unbeaten first-singles player Maria Capito said after the Hornets (12-1, 10-0) closed the regular season with barely a hiccup. “No one was really sure what to expect.”

Those expectations may need to be re-calibrated now that Capito & Co. have completed a guided tour through the conference schedule. Sure, the Hornets heard those pre-season whispers, but paid them no mind.

“I didn’t pay any attention to it,” said Bethanie Stauffer, the junior who’s gone 12-1 at third singles. “When I came in as a freshman people were saying the same thing. And we won (the conference) that year. Nobody on this team doubted we could win another championship.”

No. 6 singles player Ruth Clement didn’t. The team’s only senior, she went 10-0 in conference matches but struggled to upend North’s Chantal Mulbach, 7-6 (8-6), 6-4 in yesterday’s closest match.

“We’re not as strong as we used to be,” Clement said, “but we’re still very good. A lot of people thought we weren’t going to be much this year, so maybe we proved some people wrong.”

They have. Salisbury doesn’t boast the fortitude and consistency it had while capturing six consecutive state titles from 2008-13. There are no home run hitters in its lineup, only a collection of never-say-never believers.

“I’ve just told them to do the best that they can,” said Griffith, a former standout at North. “That’s what they’ve given me all year, right from the start. A lot of them don’t have much court time and it took a while to get the rust off. But once it came off, we kept getting better.”

It began when the Hornets held their own in an early-season scrimmage with East Rowan. “That showed everybody what they needed to do,” said the cerebral Stauffer — she’s ranked first academically in Salisbury’s junior class. “It was a starting point.”

Next came non-league wins against South Rowan and North Stanly, followed by its only loss to Concord. The Hornets charged into their conference season, opening with an 8-1 win against East Davidson and then reeling off eight consecutive shutouts. Yesterday marked the first time they had lost an individual match since Sept. 6.

“I remember being nervous about the season.” said Capito. “No one wanted to lose a match and break our streak. But slowly we all realized we were this good.”

They are that good, the Little Engine That Could — and did, once again.

“It started as a rebuilding year,” Griffith explained. “But after the first two conference matches, I could see something. I could see them battling for everything.”

And getting the same old results.