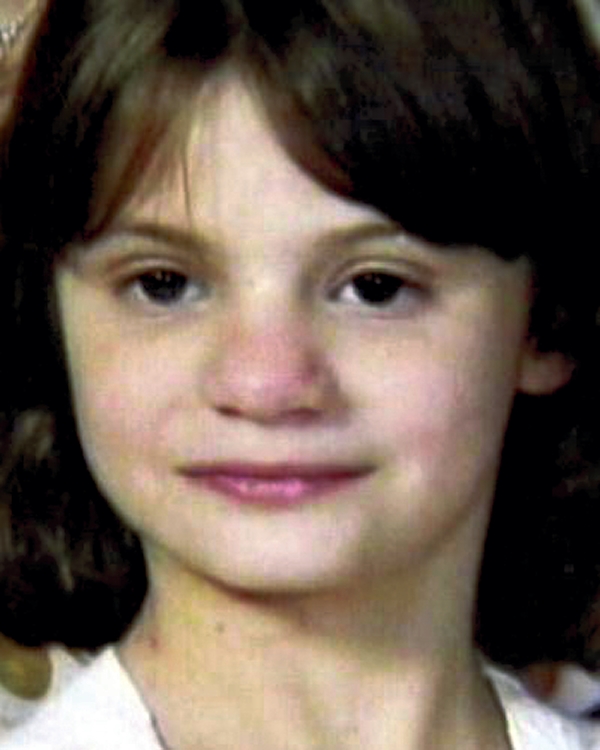 SALISBURY — Erica Lynn Parsons’ skeletal remains were found in a shallow grave a week ago in a remote area of South Carolina. But Rowan County Sheriff Kevin Auten confirmed during a Monday press conference what many have suspected — Erica was likely dead long before she was reported missing three years ago.

Auten held a press conference just a few days after the remains found on property in Pageland, S.C. were positively identified as Erica’s.

While investigators had initially hoped to find Erica alive after her adoptive brother James “Jamie” Parsons reported her missing in July 2013, Auten said Monday they believe she was dead long before that report was made.

In fact, Auten said that in July 2015 the focus shifted from a missing person case to a probable death investigation with two strategies — moving forward with a possible prosecution with or without her body.

In late September, one question was answered. Sandy Parsons — the adoptive father of Erica Parsons who is in prison along with wife Casey for collecting money and other benefits after Erica’s disappearance — led authorities to the missing girl’s remains.

Auten took no questions following the press conference regarding the investigation, but he did provide a brief summary of the case and dispelled some rumors. He also said Lyerly Funeral Home has donated its services to provide Erica a funeral and West Lawn Memorial Park has donated a plot for her burial.

Arrangements are incomplete. The public can donate to assist with the cost by giving to Prevent Child Abuse Rowan and earmarking the donation with Erica’s Angel.

One rumor Auten said he wanted to dispel was about the site where Erica’s remains were found. He said the Pageland, S.C., property has never been rented or owned by any member of the Parsons family.

Rowan authorities, along with agents from the FBI, SBI and SLED, found Erica Parsons’ remains in a shallow grave. Sandy Parsons took investigators to the site last Tuesday and left upset and crying, according to Chesterfield County Sheriff Jay Brooks.

Brooks said after Parsons took investigators to the area along a dirt road, cadaver dogs alerted in the very area where Erica was buried. Sandy Parsons was taken away, and excavation of the site began.

Brooks said the first piece of evidence was found within an hour, but crews continued to work there for another 10 hours.

Auten also said no plea arrangement had been made in order to get Sandy Parsons to come forward with information. Auten said the sheriff’s office was not in a position to make such a deal.

The sheriff said he knew everyone wants to know when an arrest can be expected in connection with Erica’s death. He said the agency hopes the medical examiner will provide information that will lead investigators to a determination on what occurred and what charges are most appropriate. He said at this time, officials feel that any charges would be in the Rowan County jurisdiction.

“Please understand this has been a tough and very difficult case for us. Everybody involved in this case has children, and it touches you. I was at the gravesite when her body was recovered, and I’ll tell you there’s some pretty tough officers who had a pretty tough time. It’s worn on all of us, and we’re getting there,” Auten said.

Sandy and Casey Parsons are currently serving federal prison sentences for fraud related to Erica’s disappearance. Casey Parsons pleaded guilty and is serving 10 years. In October 2014, Sandy was convicted on 43 counts of a 76-count indictment. He is serving eight years at Butner Federal Correctional Institute.

Investigators say the couple received government-funded adoption assistance, Medicaid, Social Security, and Food and Nutrition Services benefits intended for Erica’s care when she was no longer living in their household. Officials said the couple used the mail to commit the fraud.

The couple have not been charged in her death. The Rowan County Sheriff’s Office will work with Rowan District Attorney Brandy Cook to make that determination.

It was only in July 2013 that anyone realized Erica was missing. Her adoptive brother Jamie Parsons reported to the Rowan County Sheriff’s Office that he’d not seen his sister since November 2011.

When Rowan detectives first spoke with Sandy and Casey Parsons, the two told them they gave Erica permission to live with her paternal biological grandmother, who they knew as Nan. Casey said Erica connected with Irene “Nan” Goodman, who lived on a horse farm in Asheville, and so they let her stay. She said she’d spoken with Erica by phone in September 2012 and the girl did not want to return home.

The Parsonses said they met Nan at a McDonalds restaurant in Mooresville.

Rowan authorities quickly determined there was no Irene Goodman, no horse farm and — at that time in the investigation — no Erica.

Casey and Sandy very quickly stopped cooperating with law enforcement. The couple said they’d only talk with an attorney present. In early August 2013, the two hired Salisbury Attorney Carlyle Sherrill. At the same time, the FBI joined the investigation.

The Parsonses appeared on the Dr. Phil show, and the two said they were there to talk about Erica’s disappearance. While there, Sandy Parsons failed a polygraph test and Casey refused to take one.

Over the course of 2013, 2014, 2015 and this year, investigators have searched various properties including the family’s home on Miller Chapel Road and the home of Sandy’s father William Parsons on Sutton Road in China Grove. Officials also checked other properties where the couple had previously lived, including in Rockwell.

In November 2015, the new owner of the Miller Chapel Road home reported finding bones on the property. Investigators returned to the site and determined the bones were that of an animal.

In July and August of this year, investigators continued to talk with Sandy Parsons at the Butner prison.

“This dialogue results in several trips to the area of Pageland, S.C. by Rowan County investigators and FBI agents,” Auten said.

He added that nothing at that time was ever located. In September, investigators are aided by Rowan District Attorney Brandy Cook in taking Sandy Parsons into custody so he could show detectives the location of Erica’s remains.

Auten said the remains were taken to the N.C. Medical Examiner’s Office the day they were found and four days later were positively identified as those of Erica Parsons.

Auten did not say whether Casey Parsons has been informed about the discovery of Erica’s remains. Casey Parsons is currently serving her sentence for the fraud convictions in a low-security facility in Tallahassee, Fla., according to the Federal Bureau of Prisons website.

Casey became a surrogate for a Michigan couple in 2000 and lied to them that she’d miscarried the baby. However, it was determined Casey tried to sell the couple’s baby to her sister, Robin Ashley. The couple had agreed to pay Casey $10,000 in monthly installments that Casey promised would go to her church as a charitable contribution. It did not.

Robin Ashley reached out to the couple, who got law enforcement involved and were able to get their baby immediately after he was born.

During the trial in federal court on fraud charges, Jamie Parsons recounted the years of abuse and neglect Erica endured at the hands of his parents. He also testified his parents encouraged his younger siblings, Sadie and Toby, to abuse Erica.

Erica was punched, her fingers were broken, she was neglected and at one point forced to eat dog food, according to testimony given in court. A malnourished Erica was kept locked in a closet and would endure punishment if she urinated or defecated while inside it.

Other family members testified they rarely saw Erica at family functions, and when they did she was usually punished for reasons unknown to them and often made to stand in a corner.

Jamie Parsons admitted he physically abused Erica from the time he was 5 until he was 16 years old. He told the court he stopped because he didn’t want to hit her anymore.

According to Jamie, he told Shirley Stone, his grandmother, in February 2013 that he’d not seen Erica in some time. Shirley Stone never reported Erica missing. Jamie Parsons would report his sister missing some five months later.

Auten said he appreciated all of the investigators, agencies, missing persons organizations and other people who’ve helped with search for Erica.

“We are not where we want to be with this case. We are glad to have found Erica. We’re going to get her to a good resting spot, and then we’re going to continue to seek justice with these partners that I’ve mentioned,” he said.

Donations to help with funeral costs for Erica Lynn Parsons can be made to Prevent Child Abuse Rowan, located at 130 Woodson St., Salisbury, NC 28144. Earmark donations for Erica’s Angel.