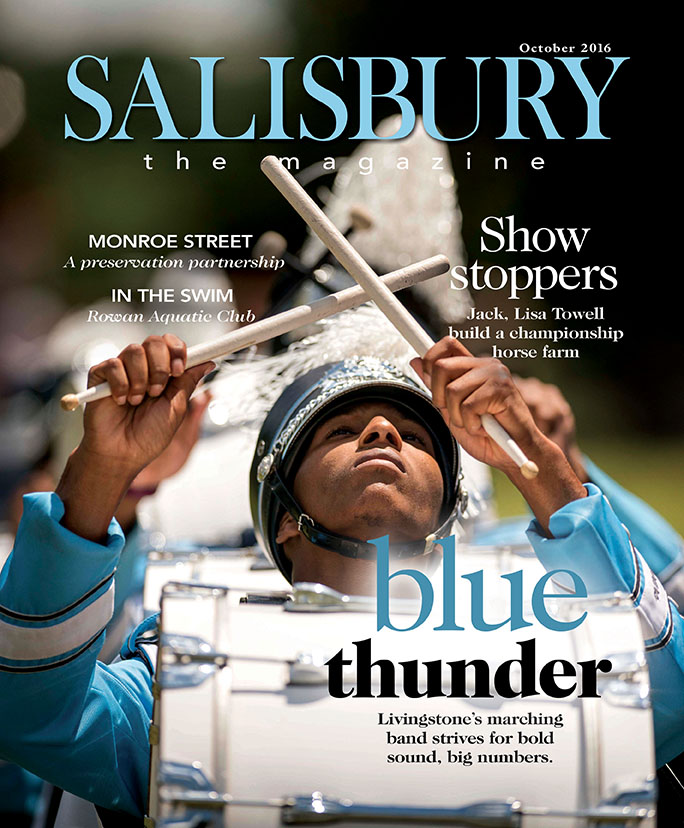 The October issue of Salisbury the Magazine has reached subscribers and other locations in Rowan County where it is distributed. This month’s cover story is on Livingstone College’s Blue Thunder Marching Band.

Other stories and photos include the following:

• A trip to Two Pigs Farm, run by siblings Chase and Yorke Reynolds.

•  A look at the early stabilization work behind a West Monroe Street house, which represents a preservation partnership between Historic Salisbury Foundation and Livingstone College.

• Delving into the 150-year-old history of First Calvary Baptist Church.

• Catching up with swimmers of the Rowan Aquatic Club.

• The remodeled kitchen of Clay and Martha Smith.

• A woman’s valiant effort to rescue and nurture a baby bird named ‘Tweet.”

• An insightful look at local politics With Dr. Michael Bitzer of Catawba College.

As always, the issue also includes Deirdre Parker Smith’s “Bookish” column, photographer Jon Lakey’s “Through the Lens,” an events calendar for October and plenty of “Scene” pictures from recent functions in and around Salisbury.

Salisbury the Magazine’s holiday issue is due out at the end of this month.