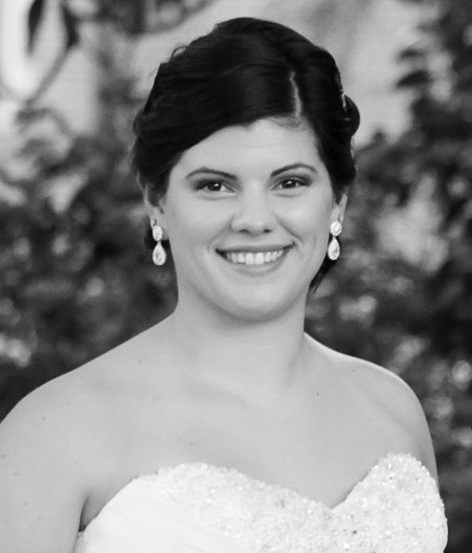 Photography by: Design By Jenny

Jessica Leigh Honeycutt of Spencer and Jonathan Wesley Thomas of Martinsville, Va. were united in marriage Saturday, Oct. 1, 2016 at First Baptist Church, Salisbury.
Rev. Franklin Myers officiated at the 4 p.m. ceremony, which was followerd by a reception at the F&M Trolley Barn, Salisbury.
The bride was escorted by her father, Steve Honeycutt. Attending as her maid of honor was her cousin, Tiffany Long of Charlotte. Bridesmaids were cousins of the bride, Kayla Honeycutt and Julia Honeycutt; sister-in-law of the bride, Hannah Honeycutt; Sally Brendle; and Katelyn Peters. Attendants were Ashley Edwards of Charlotte, Ally Rao of New Jersey and Amanda Guffey of Reidsville.
Jack Gray of Massachusetts served as Wesley’s best man. Serving as groomsmen were brother of the bride, Josh Honeycutt; and cousins of the groom, Josh Thomas, Chris Peters, Jacob Peters and Ben Peters.
Madison Brendle of Winston-Salem served as flower girl. Caleb Peters of Martinsville, Va. was ring bearer.
The bride is the daughter of Steve and Cyndi Honeycutt of Spencer and the granddaughter of the late Geneva and Robert Vance Honeycutt Sr. and the late Judy Kluttz. She is the great-granddaughter of the late Mary and Coy Long,  and the great-great-granddaughter of the late Pearl Misenheimer. A 2009 graduate of North Rowan High School, Jessica received her Bachelor of Science in Nursing from the University of North Carolina at Charlotte in 2013. She graduated summa cum laude. Jessica works as a registered nurse for Cone Health in Greensboro.
The groom is the son of James and Ruth Thomas of Martinsville, Va. and the grandson of Vernon and Maybelle Peters of Ridgeway, Va. and Beverly Thomas of Burlington and the late James R. Thomas Sr. A 2006 graduate of Morehead High School, Wesley graduated from Basic Correctional Officer Academy in 2013. He is currently employed as a correctional officer with Green Rock Correctional Center.
Following a wedding trip to Antigua, the couple are making their home in Greensboro.