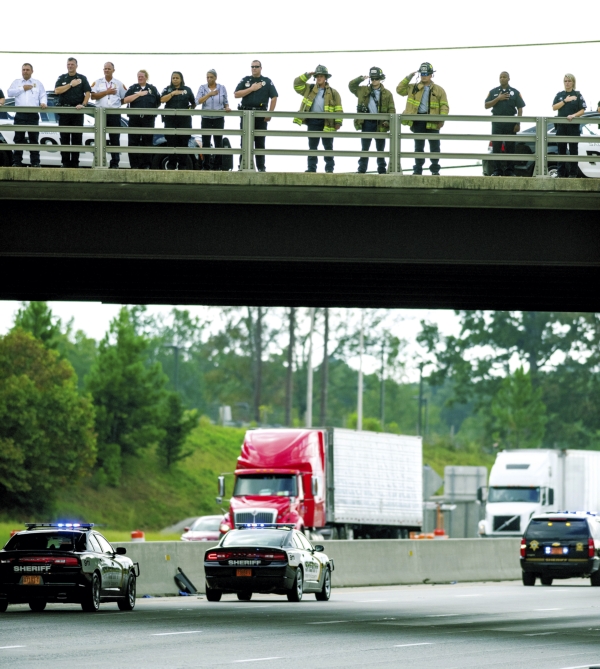 Local fire and police personnel line up on the overpass along Interstate 85 on Thursday afternoon to pay respects to fallen Forsyth County deputy John Thomas Isenhour, who has ties to Rowan County. Isenhour died from injuries he sustained while directing traffic on a road in Clemmons on Sept. 18. Salisbury Police, Salisbury Fire Department and Rowan County Sheriff’s deputies gathered on the Jake Alexander Boulevard overpass a little after 3 p.m. as the short procession moved south toward Cabarrus County. Other agencies also took up positions along overpasses along the route to pay respects.