Students unite for ‘See You at the Pole’ 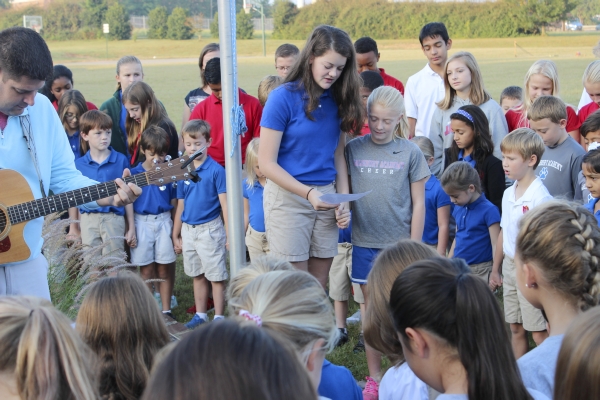 Eighth-grader Maggie Dees and fourth-grader Ella Lockhart lead the Salisbury Academy community in a prayer for our country. Submitted photo.

SALISBURY — A foggy morning was brightened with song and prayer at Salisbury Academy’s “See You at the Pole” gathering early Wednesday. Held annually on the fourth Wednesday of September, the student-led rally brings millions of students together in prayer across the globe.

“Uniting in prayer with students around the world while expressing our collective freedom of religion is incredibly special,” said Wagner. “Just as our Salisbury Academy students stand hand-in-hand around our flag pole, millions of others do the same.”