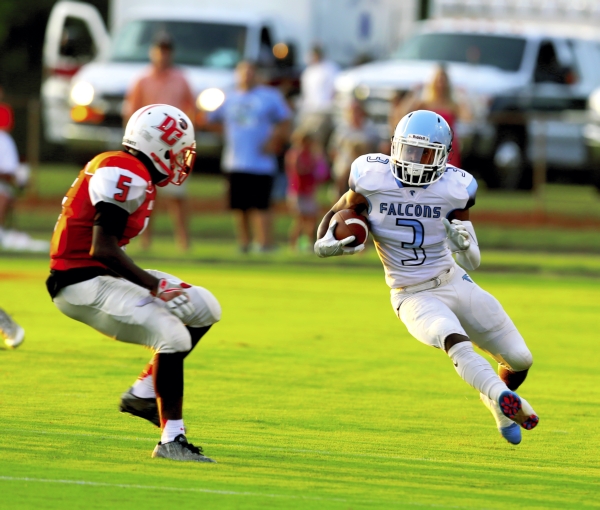 James Sipes/for the Salisbury Post ... West Rowan running back Jovon Quarles (3) appears to be flying during an 18-yard gain against Davie County on Aug. 26. Quarles has rushed for at least 100 yards in four of the Falcons’ five games.