Hanford Dole House will be on OctoberTour 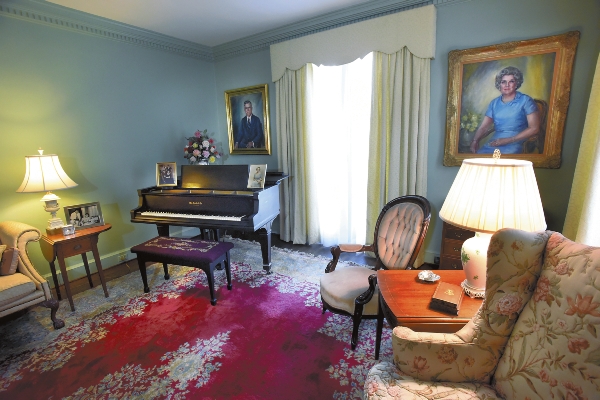 The living room of the Hanford House. photo by Wayne Hinshaw, for the Salisbury Post

The Elizabeth Hanford Dole House will be one of the historic homes featured in this year’s OctoberTour, which takes place Oct. 8-9. Seen here is the living room. The furnishings remain the same as when Dole’s mother, the late Mary Ella Cathey Hanford, lived there from 1937 to her death in 2004 at age 102. Also on display during OctoberTour is a collection of memorabilia from Dole’s long career in public service. In the living room, visitors will view the chair that Dole used as a member of two presidential cabinets under Presidents Ronald Reagan and George W. Bush. She served as Secretary of Transportation (1983-1987) and Secretary of Labor (1989). In 1990, she resigned to become president of the American Red Cross. The Post will publish a special section on Sunday previewing OctoberTour.