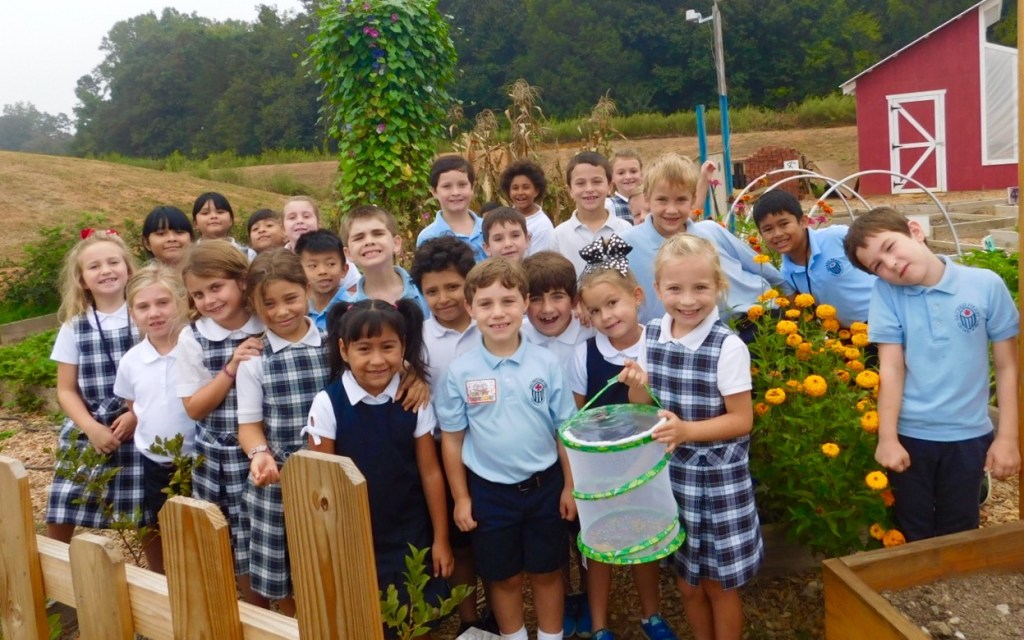 Goodbye Butterfly! Mrs. Hurysz’s second grade class at Sacred Heart Catholic School had a wonderful science lesson! The class found a chrysalis on the playground during PE. Coach Shadroui helped the students relocate the chrysalis into the butterfly pavilion in their classroom. When they arrived at school on Sept. 20, they discovered a butterfly! The students named it “Mariposa,” which means butterfly in Spanish, and fed it an orange slice. Then, it was time to say “Adios” and release it back outside into the Master Garden. The students had the chance to learn about the life cycle of the butterfly right in their own school backyard.