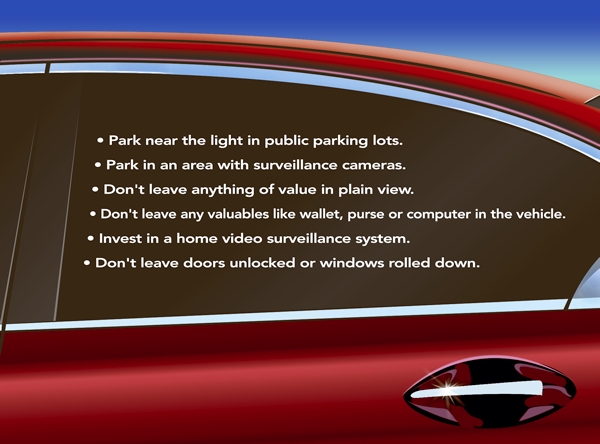 ROWAN COUNTY — Earlier this month, Rowan and Granite Quarry-Faith authorities charged Pamela Cain with stealing a car and breaking into another vehicle, taking with her a wallet, as well as credit and bank cards. The owner of one of those vehicles did not lock the door.

In that case, Cain is accused of using a stolen bank card at a couple of convenience stores and at Walmart, where authorities say she spent over $500.

Two weeks ago, a number of residents in the Grace Ridge subdivision were victims of vehicle break-ins. Many of the victims did not lock their doors, and they left valuable items in the vehicles. About six people had their vehicles broken into, and items including an iPad, debit and credit cards and cash were taken.

Unlocked doors, Rowan County officials say, is the easiest way a would-be thief can steal your belongings. Locking the doors will deter thieves who may look for “easy targets.”

Another way thieves gain access to vehicles can be through a rolled down or partially rolled down window.

Rowan County Sheriff’s Capt. John Sifford recommends not leaving anything of value in the vehicle. Make sure valuables — purses, wallets, laptops and other items — are not in plain view to draw the attention of a thief. Keep valuables out of sight in the trunk or the glove compartment, or take them inside with you.

He also suggests parking in a well-lit area including public parking lots and at home. It’s easier for thieves to go unnoticed in darker areas.

Some surveillance systems link to a home computer or cell phone, which can be monitored while away from home.

“If you do utilize a home surveillance system, a person can always put up a prominent sign. I think the sign itself would be a big deterrent that could prevent a person from being a victim,” he said.

• Place shopping bags in the trunk before going to the next location.

• Never leave keys in the ignition or in view of a would-be thief.

• Keep the vehicle tidy, since any item including loose change or a gym bag can be seen as valuable to a thief.

Prized pooches show off at the fair