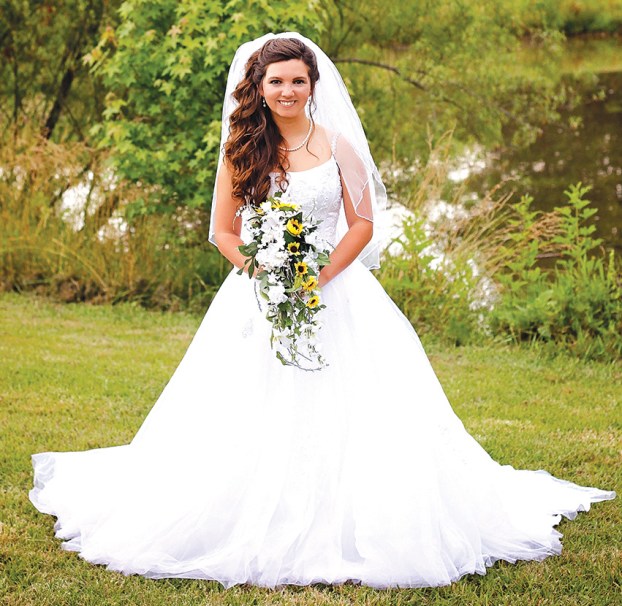 Cathryn Nicole Lippard of Salisbury and Phillip Scott Wirz of China Grove were united in marriage Sept. 24, 2016, at Grace Lutheran Church, Salisbury.
The 4 p.m. ceremony, officiated by Rev. Jerome Cloninger, was followed by a reception at Cauble Creek Vineyard.
The bride was escorted  by her father, Lynn Lippard, and attended by her sister, Rebekah Lippard, as maid of honor.  Bridesmaids were Sydney Grifin, Tori McKinney, Sarah Sloop, Kaley Spurlin and Holly Weinstein. Junior bridesmaid was Claudia Diggs. Flower girls were Bristol Wirz and Brooklyn Wirz.
Wayne Wirz was his son’s best man. Serving as groomsmen were brother of the bride Aaron Lippard, brother of the groom Michael Wirz, Alec Mills, Joe O’Kelly and Ryan Spurlin. Ring bearer was Cameron Manning.
Program attendants were Nathan Diggs, Nathaniel Kimball, Kandus Kimball and Olivia O’Kelley.
The bride is the daughter of Lynn and Angela Lippard of Salisbury and the granddaughter of Sonny and Nancy Lippard of Salisbury and the late Fred and Vivian Diggs. She was a 2012 graduate and valedictorian of Jesse C. Carson High School. Cathryn received her bachelor of science in middle school math eduction from North Carolina State University in 2015, where she was valedictorian and a University Scholar. She is employed at Phillips Middle School in Chapel Hill.
The groom is the son of Wayne and Gina Wirz of China Grove and the grandson of Gene and Carolyn O’Kelley of China Grove and the late Max and Eunice Wirz. A 2012 graduate of Jesse C. Carson High School, he received his bachelor of science in microbiology from North Carolina State University in 2016. He is employed with Avioq in Durham.
Following a wedding trip to Punta Cana, the couple are making their home in Durham.

Natalie Nicole Johnson and Cody Alan Lowman are pleased to announce their engagement. Natalie is the daughter of Pamela Farmer... read more