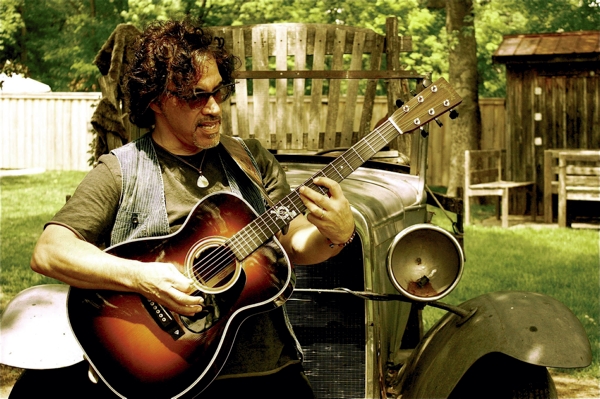 John Oates is bringing his acoustic show to Lee Street theatre on Oct. 7 at 7:30 p.m.

A musician for more than 40 years, Oates and his singing partner Daryl Hall formed Hall & Oates in the 1970s, and became the best-selling duo in music history. Induction into the Rock and Roll Hall of Fame in 2014 reignited an interest in the two, and Hall & Oates now performs about 50 shows a year. In addition, Oates tours smaller venues solo and Hall hosts a monthly Webcast, “Live from Daryl’s House.”

“It’s a singer-songwriter show and it’s a storytelling show,” Oates says during a recent phone interview. “And while I perform songs from the Hall & Oates catalog, that’s really not what this show is about.”

Instead, he says, “This gives me an opportunity to go into music that made me want to be a musician.”

Attendees will hear a blend of roots music, blues, folk. They’ll also be treated to some very cool, accessible interpretations of some of Hall & Oates’ greatest hits, along with music that Oates has written in the last few years.

Oates appears in Salisbury thanks to the efforts of Bill Armor, special assistant to the president at Catawba College and a longtime Oates friend. Bill and Shari Graham and New Sarum Gallery are show sponsors.

From a young age, Oates has loved music, and grew up during the birth of rock and roll.

“I like to explore the American music legacy with my acoustic shows,” he notes. “It’s a very intimate show. I like playing small venues because you get a chance to interact with the audience.”

That was not the case on Monday, when he and Hall played a sold-out show at the Hollywood Bowl.

A move to Nashville helped give his music a new direction, and the writing of his memoir, due in April 2017, helped him rediscover the music he loved as a kid.

And Catawba played a role in shaping Oates’ musical tastes from a young age. When Oates was in sixth grade, a friend’s older brother went to school at Catawba, and came back with a whole stack of albums from early folk performers: Pete Seeger, Joan Baez, Doc Watson.

“I studied those records,” Oates says. “It changed the whole way I look at music.”

“‘She’s Gone’ is our signature song,” he says. “It put us on the map. I can tell you, I will play that song in the show. It means so much to me, and I don’t think one of my shows is complete without playing that song.”

He adds, “I don’t tire of playing good songs. A song stands the test of time if it sounds as vibrant and vital as it was when it was first recorded. That’s where I set the bar.”

Several years ago, following his move to Nashville, Oates began a music project that culminated in “A Good Road to Follow.”

“My whole life has been about traveling,” he says. “It’s about the musical journey I’ve taken. Every one of the roads I’ve taken is unique and part of me.”

Oates reached out to musicians to collaborate on this project for his private label — some he knew, and some he didn’t.

“The success of Hall & Oates has given me the freedom I want as far as recording,” Oates explains. “I’m very conscious of it, and I don’t take it for granted.”

He’s collaborated with a number of musicians for the project, including Ryan Tedder, Vince Gill and Hot Chelle Rae.

“There’s no agenda and nobody looking over your shoulder,” he says.

Hall & Oates were also inducted into the Songwriters Hall of Fame, and the combination of that, along with Hall’s Webcast and the Rock and Roll Hall of Fame nod has brought an entirely new audience to the duo, Oates says.

“We’ve also got our old-guard fans,” he says, “those hard-core fans who have supported us all these years.”

Did he ever expect he’d be touring again?

“I never expect anything to happen,” he says, laughing. “My only goal in life is to make music for the rest of my life. I think with 40-plus years as a musician, I’ve earned that right.”

Tickets to the John Oates’ show, part of the Live at Lee Street series, are $50. To order, visit www.leestreet.org.