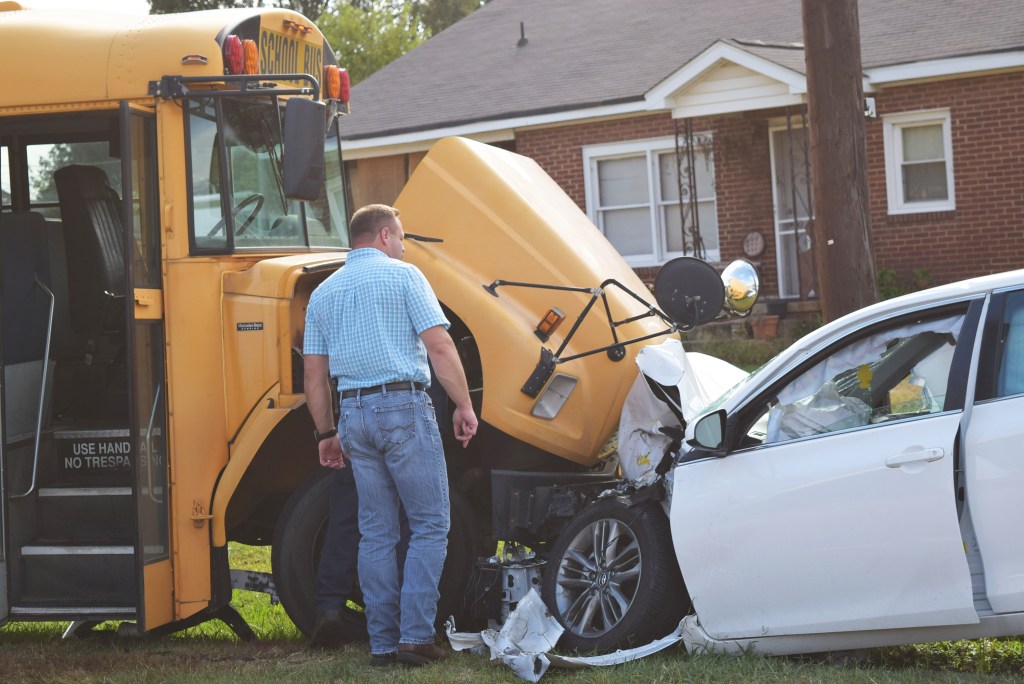 LANDIS — One person was injured in an accident involving a car and a Rowan-Salisbury school bus Thursday afternoon.

At 3:31 p.m., emergency personnel received a call about a vehicle-versus-bus accident in the 1100 block of South Main Street. While initial reports said that no students were injured in the crash, police and fire at the scene said that two children began complaining of possible minor injuries after emergency personnel arrived.

The driver of the vehicle, Takesha McKenzie, was taken to Carolinas Medical Center NorthEast. Her condition is unknown at this time.

Landis Police reported that so far, they’d determined that the bus, driven by Connie Poole, was traveling northbound on Main Street when it veered into the southbound lane, where it collided with McKenzie’s car. The investigation is continuing; no charges had been filed as of Thursday evening.

Landis Police and Fire responded to the scene, along with Rowan County EMS.

The bus was carrying five students at the time of the crash, said Tim Beck, transportation director with Rowan-Salisbury Schools. Beck, along with Landis Assistant Fire Chief Ron Miller, identified the bus — number 96 — as a bus transporting students with special needs.

All children had to be checked by EMS before they were cleared to board a backup bus called in by the school system. Beck said that two children were being examined by EMS for potential minor injuries. Beck said one had been holding his knee as he came off the bus, and was being looked at as a precaution. Per procedure, all parents were notified of the accident.

The bus driver was also cleared by EMS, and Beck said she would be taken to ProMed in Salisbury for a drug screening, per district policy.

Beck said he was grateful to police, fire and EMS for their prompt response and care.

“We can fix this bus and we can fix these cars, but these kids are very important to us,” he said.

The accident comes one day after a Cabarrus County school bus was involved in a fatal wreck on Cox Mill Road in Concord.