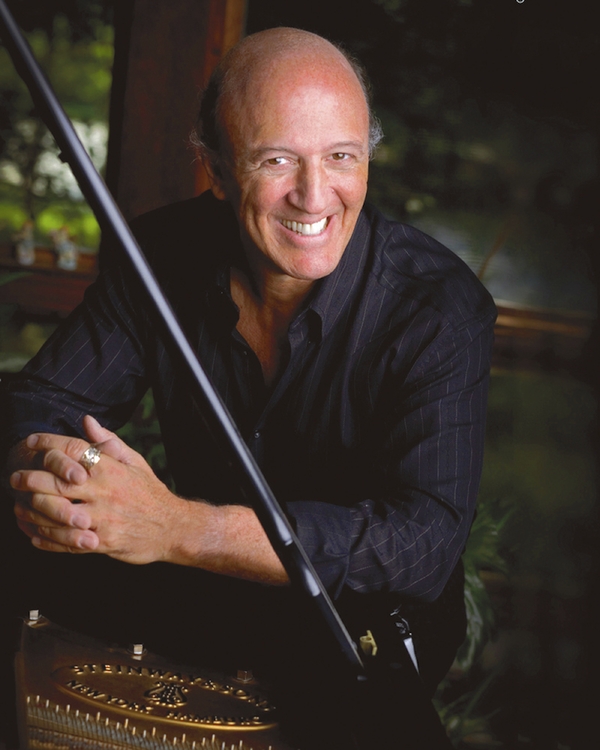 The Salisbury Symphony Orchestra is celebrating its 50th Anniversary and the “party” begins with its opening concert on Saturday and lasts through next May, 2017. Everyone is invited!

According to Susan Kluttz, NC Secretary of the Department of Natural and Cultural Resources, “Salisbury is a special place, and having its own symphony orchestra is one of the reasons why. The Salisbury Symphony is a treasure and has been a great cultural asset for its citizens for nearly 50 years.”

The schedule for this season is audacious. First there are the five season concerts: The concert on Sept. 24 begins with John Williams’ Variations on “Happy Birthday,” of course, and continues with Richard Strauss’ Don Juan, the NC premiere of Chris Theofinidis’ Dreamtime Ancestors, and concludes with Frederic Chiu on piano, performing Beethoven’s Piano Concerto No. 5, “The Emperor.” Audience members may meet the soloist and musicians at a “birthday” reception following the concert.

The second concert of the season is not until Feb. 4, but it’s worth waiting for! A special guest from the world of racing will amaze with his musical talents (to be announced at the September concert), and the concert will also spotlight the Rowan County Fifth-Grade Honors Chorus, the Rowan Youth Orchestra, and members of area high school bands.

The North Carolina Symphony will present the third concert of the season on March 9 with David Glover conducting. The program will include the Jubilation Overture by Ward and Tchaikovsky’s Symphony No. 4. On April 9, Palm Sunday, a special treat: Verdi’s Requiem with a chorus of 200 voices! Finally, the season ends with an All-Gershwin Pops Concert on May 13.

And, as promised, “The Nutcracker” returns this December (17 and 18) with the Piedmont Dance Theatre.

How to pay for this amazing line-up of talent? Generous gifts from community individuals, companies, organizations, and foundations. Charles and Rachel Bernheim are chairing a group of local philanthropists, including Fred and Alice Stanback, Bill and Nancy Stanback, Mary H. Messinger, Gerry Hurley, Bill and Shari Graham, Lee and Mona Lisa Wallace, F&M Bank, Cloninger Ford/Toyota/Scion and the Catawba and Livingstone Colleges.

And there will be fundraisers! The sold-out crowd for August’s “Ed Sullivan Show” were enthusiastic attendees. On Nov. 20, La Cava will host a world-class wine-and-dine event called “La Cinquanta!” The Big Band Bash returns in January, and in the spring, “Some Enchanted Evening” will feature a concert by renowned pianist/entertainer Emile Pandolfi.

“One of the awesome aspects of this hallmark is that in this country there are only six communities our size that can boast of supporting a professional symphony orchestra for 50 years or more,” offers Charles Bernheim. Charles knows something about longevity; his heritage reaches back to the earliest records of the New York Philharmonic. His grandfather’s name was listed as a supporter over 110 years ago! Charles and Rachel continue their legacy of arts support in many different areas and now offer support of the Salisbury Symphony’s future as Honorary Guest Conductors.

Two goals direct all the activities: one is to acknowledge, remember, and celebrate the individuals and organizations in this community who spearheaded the outrageous notion that a small, Southern town could support a professional symphony orchestra. The second goal is to raise funds for the season’s concert series, important music education programs, the orchestra’s special events, and the Endowment Fund.

Season tickets may be purchased up until the September 24 concert. Individual concert tickets are available at ticket outlets throughout the county and at the box office the day of each concert. Call 704-637-4314 or visit salisburysymphony.org