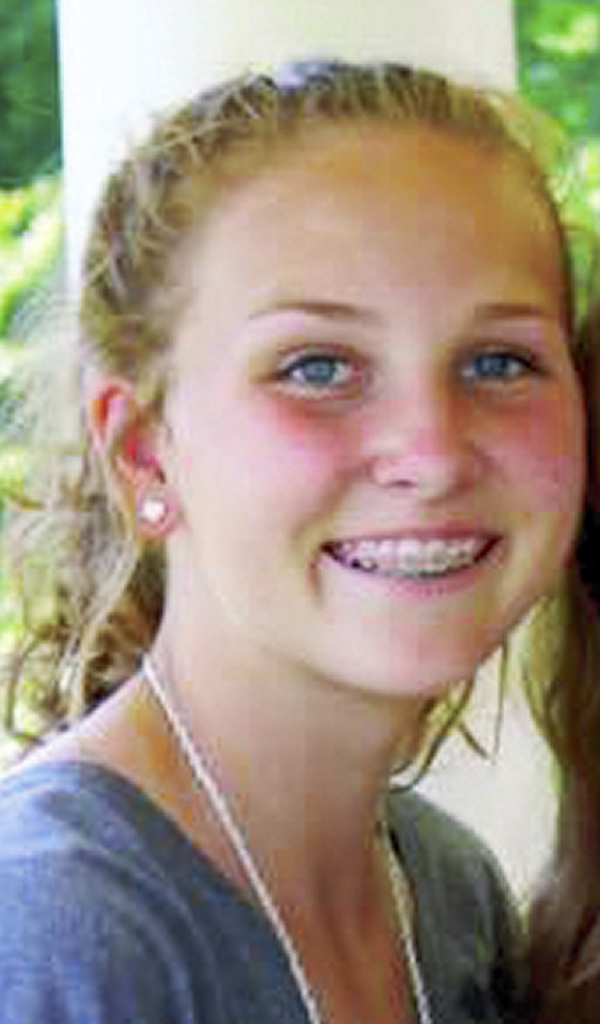 MOUNT ULLA — It got nerve-wracking for West Rowan volleyball coach Jan Dowling, but the Falcons regained their mojo just in time and beat Northwest Cabarrus, 25-18, 25-20, 20-25, 23-25 and 15-8, in South Piedmont Conference action on Thursday.
Freshman Tori Hester pounded 20 kills for the Falcons, including four in the decisive fifth set.
“I never felt like we wouldn’t win it,” Hester said. “We kept playing as a team today, we kept getting excited on every point, and we kept hustling after every ball.”
It’s a good league, and two competent teams, the Falcons (8-7, 5-6) and the Trojans (5-8, 4-7) were fighting for sixth place.
Dowling coached a lot of good teams in a long tenure at South Rowan and is trying to elevate West Rowan into being a first-division team. She’s in her second season in Mount Ulla. It’s going to take some work, but she can see sunshine starting to peek through the clouds.
“It’s coming, because we’ve got good young players in the program and more good young players are on the way,” Dowling said. “We played three freshmen today, and we’re moving forward with baby steps.”
West lost a five-setter to fourth-place Robinson on Tuesday, but there were some baby steps taken in that one, too.
“Robinson was the first match where we stayed in it all the way mentally, without having ups and downs,” Dowling. “So that was a step, and we took another step today by winning a match that went five sets.”
It could’ve easily gotten away from West, but the Falcons didn’t allow it to happen.
West got two aces from setter Ashley Wood in the opening set and pulled away late from the Trojans. It was 14-all when a Maddi Myers kill put the Falcons ahead to stay.
The second set was 16-all when the Falcons got a flurry of kills from 5-10 junior middle blocker Cassidy Hewitt. Hewitt had six kills in the set, while Myers had three.
But the Trojans were a different team in the third set, mostly because senior outside hitter Aleksa Britt got involved. Quiet in the first two sets, Britt was a force in the third and fourth sets.
After a timeout in the fourth set, Hewitt and Hester led a West comeback from a 21-16 deficit to 23-all, but Britt finished off the set with back-to-back kills. The 25th point came on a blast by Britt off the fingertips of West blockers.
“Northwest played with a lot of heart today — they didn’t play with that kind of heart when we swept them early in the season,” Dowling said. “Their libero (Olivia Barbee) was all over the place, and she got digs on a lot of balls that are normally kills for us.”
After Northwest outplayed West for two sets to tie the match 2-all, Dowling had reason to be worried as the teams huddled prior to the fifth set to 15.
“Momentum is everything in volleyball, more than any other sport,” Dowling said. “And Northwest had it.”
West got off to a quick start in the fifth set and moved ahead 5-3 after two kills by 6-foot junior middle hitter Braelyn Faust.
An ace by West libero Hannah Pratt made it 9-4. When a Hester kill made it 10-4, West fans breathed a sigh of relief. Northwest used both of its timeouts, but West’s lead swelled to 14-5. The Falcons ended the match when Hester went high on the right side and put away a set by Ava Link.
Pratt, Khara Fesperman and Hester led West’s back row defense, and one of the things that makes Hester a really good player is that she’s at least as good digging as she is hitting.
“Tori is just 14, so she’s going to be something special,” Dowling said. “At South I had Kayla Morrow and Taylor May, girls who were great players when they were seniors, but for her age, Tori is ahead of anyone I’ve ever coached.”
•••
NOTES: Lauren Rowland had a dozen kills for the Trojans, who lost in five sets to South Rowan on Tuesday. … West plays South Rowan (Tuesday) and Carson (Thursday) next week.