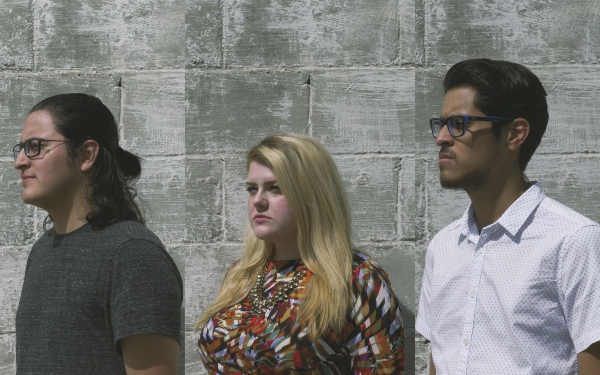 Left to right: Ariel Cortez, Taylor Hawes, the female in the band, and Carlos Cortez.

The track was produced by Ariel Cortez, while interning with Everett Hardin at Harvest House studio this past summer.

The single was sent out to several people before release to be reviewed. One notable individual who had a lot to say about the song was Dr. Janice Fuller, Catawba’s writer-in-residence and professor of English.

Fuller wrote: “In the song ‘Time,’ the lyrics and the music engage in a haunting debate on the subject of time. The lyrics, plain and powerful, begin by asserting that ‘Time it flies’ and end by wishing for time to pass: ‘And the only thing I want is / To grow up / And be something one day.’ But the instruments refuse to rush away from a slow, relentless rhythm, always pounding the downbeat. By the end of the song, the lead guitar explodes in a rushing solo that stays within the beat yet seems to complain about time’s constraint and control, reinforcing lines from the beginning: ‘While minutes work hard / The seconds are slaves.’ The tension between urgency and slow time is palpable.”

Other reviews can be found at www.cortezcollective.com/reviews