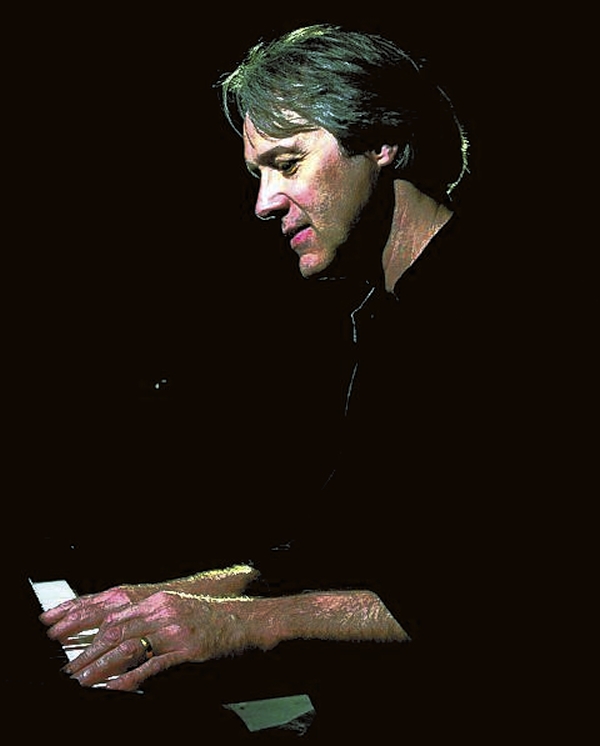 SALISBURY — From the reviews coming in, Marc Hoffman’s newly released album, “Late September,” reveals an artist with supreme confidence in his craft.

“The recording is crisp, clear and detailed, yet exudes a warm ambience,” says Gary Dalkin, a music writer and editor for Film Music on the Web. “The whole is a top quality release; whether looking for a striking new jazz trio release or a longtime follower of Hoffman’s career, most listeners are likely to be delighted by ‘Late September.'”

“Together they create a musical travelogue that is a trip well worth taking.”

Founder and artistic director of the Salisbury School of Music, Hoffman had a breakthrough jazz release with his well-received “Curioso” in 2010. “Late September” includes 11 songs with Hoffman on the piano, supported by Zack Page on the upright bass and Brian Sullivan on drums.

Guests include Tim Gordon, who plays flute on the song “Deeper”; Jon Thornton, who plays the trumpet on “Deep Walk”; and Nathan Scott (bass) and Ryan Scott (drums), who join Hoffman on the tracks titled “Mulgroove” and “Dejado Vaya.”

Hoffman says his ‘Late September’ project started with the title track, which he wrote as an homage to the Sept. 11, 2001, terrorist attacks.

“Although the piece was written approximately 10 years after the fact,” Hoffman says, “I decided early on that regardless of the inspiration for the title track, the project itself would not be themed around (it).”

Hoffman says the final product features jazz in a variety of styles, most written for a trio — piano, upright bass and drums — though he does note the guest appearances of Gordon on the flute and Thornton on the trumpet.

Hoffman recorded the album at his own studio, Virillion Music. It was mixed by Chris Garges at Old House Studios in Charlotte and mastered by Scott Craggs at Old Colony Mastering in Boston, Mass.

In his review, Dalkin wrote that “Last September” continued Hoffman’s “journey into the heartlands of jazz.” Hoffman says he began pursuing his passion for jazz in the early 1990s after he had established himself as a composer and performer of film, theatre, pop and gospel music.

His previous jazz albums include “Long Way Home” (2003), “Jazz” (2007) and “Curioso” (2010). He also has the jazz-flavored “Christmas Time,” a collection of original tunes and new arrangements of traditional standards.

“In a field crowded with piano trios,” Dalkin wrote, “‘Late September’ sees Hoffman return to the studio with a new confidence, able to hold his own with the best in the genre.”

In his review, Yanow said the music on “Late September” often sounds “as if it could serve as a soundtrack, either for films or for one’s thoughts.”

“As it turns out,” Yanow continued, “in his career Hoffman has written music for films and plays in addition to works for pop and gospel music. In recent times, he has shifted his focus to melodic jazz where his originals are impossible to categorize.”

Beyond his day-to-day work at the Salisbury School of Music, Hoffman performs more than 100 dates a year “with a repertoire of original jazz and his own arrangement of standards, ballads and pop,” his website says. He performs with his trio and sometimes as a soloist or with other ensembles.

His music has been performed in the United States, United Kingdom and Europe by orchestras, other ensembles and soloists, according to his biography.

Hoffman, a Salisbury native, earned a degree in composition from the N.C. School of the Arts and went on to additional study in film composition at the University of Southern California. He also has studied at the Darlington International Summer School of Music in Devon, England, and belongs to BMI and the American Composer’s Forum.

Hoffman has several film and television credits. He composed the theme and underscore to the TV series Scienstars and an original score for “40 Fears” for Dalliance Films in 2014.

Other film credits include scoring for “The Mill” in 2008 and serving as music historian for the film “Revolution” in 1985.

Hoffman also is an author. In 2010, he wrote the children’s book “Sleep, Little Child,” which included an accompanying CD. His first book and companion DVD, “Essential Worship Keyboard,” was released by Emerald Books in 2007.

Hoffman also composed an original score for the Faith Fourth of July in 2015. He lives in Salisbury with his wife, Anne, and their daughter, August.

“Late September” is available on iTunes and through www.cdbaby.com. For more information, contact Hoffman at Virillion Music, 704-640-6564, or email him at marc@marchoffman.com. His website is www.marchoffman.com.