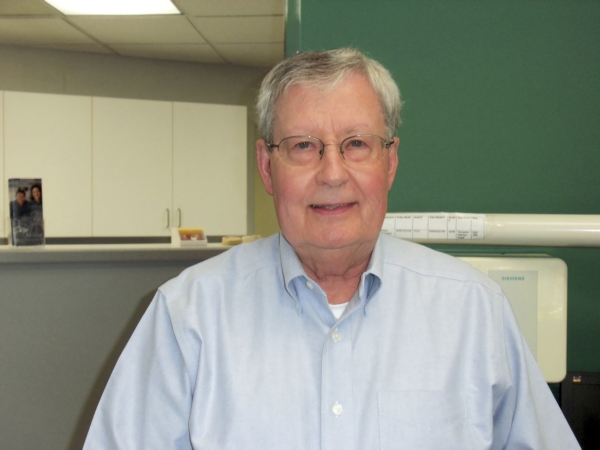 SALISBURY — When Dr. T. Wayne Wilson came to Salisbury in 1977 to look at potential locations for his dental practice, the Rowan County Dental Society welcomed him with open arms.

According to a press release from Wilson’s practice, Dr. Ronald Steelman invited him to a dental society meeting. That’s where Wilson says he “realized that the dentists of Salisbury were interested in working together for the betterment of the community, and that’s the environment I wanted to work in.”

Wilson wasn’t new to the tradition of compassionate healthcare that he saw in Rowan County. A 1975 graduate of the University of North Carolina School of Dentistry, he had served for two years as a dentist in the U.S. Air Force.

He had grown up in a family that dedicated itself to the health and well-being of its community.

Wilson’s grandmother, Dr. Daisy McGuire, was the first woman to graduate from Southern Dental College (now the Emory University School of Dentistry). Grandfather Dr. Wayne McGuire had followed his wife to dental school a few years later, and the family ran a practice in Sylva that included both of Wilson’s parents.

The dental office on Sylva’s Main Street stood beside and slightly in front of the family home.

While growing up, Wilson learned “that dentistry was a profession where you take care of patients’ needs,” he says.

“On numerous occasions, people would knock on our front door in the middle of night and my grandfather would go to the dental office and get them out of pain.”

In 1968, Wilson graduated from the University of North Carolina with a degree in psychology. He taught school for a year before he realized his true calling and returned to UNC for dental school.

He has practiced for 41 years since.

In the early years, if you came to his office on a weekend or at night, you might have seen his two children playing in the back room. You would nearly always see his wife, Debbie, a nurse and teacher who served as his office manager.

As Wilson steps down from his position as dentist in the practice at 484 Jake Alexander Blvd. W., he leaves behind his own legacy of compassion and caring.

His practice has grown and changed over the years. What began as a practice rooted in emergency care has matured to a practice built around hygiene and maintaining good dental health.

Finding someone to carry on the tradition was important to Wilson.

“When it came time to retire,” he says, “I wanted to find someone to continue with a patient-oriented practice and was fortunate enough to find Dr. Stacye Harborth who is a wonderful dentist and a very caring person.”

Dr. Stacye Harborth is a Davie County native who is thrilled to return to her roots in the Piedmont. She has most recently served as a general dentist at Carolina West Dental in Waynesville and has previous experience as both a dental assistant and a dental hygienist.

She graduated from the University of Texas Health Center in San Antonio with her DDS in May 2015. Harborth began seeing patients at the Jake Alexander Boulevard dental office this summer.

“She is the most gentle dentist I’ve worked with,” Wilson says.

Wilson says that one of the things he loves about working in Rowan County is what a small world it is. “Everyone is related or knows each other,” he says. “I’ve loved working here.”