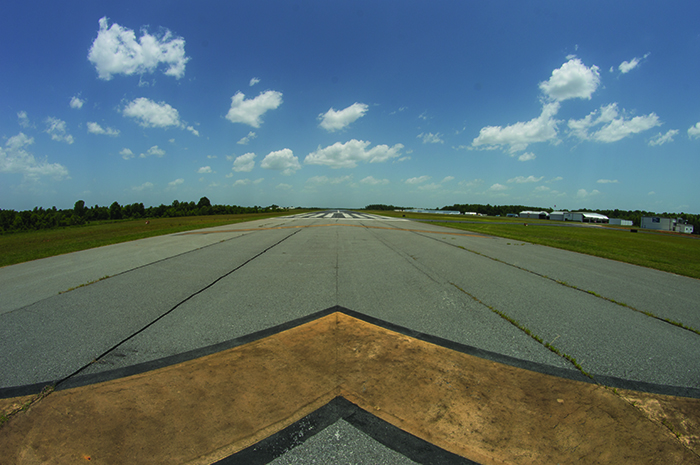 SALISBURY — “The Rowan County Airport” will soon cease to exist.

Instead, the county airport is likely to be renamed the Mid Carolina Regional Airport.

The airport’s advisory board on Friday gave its approval to the new name. County commissioners are expected to consider the idea during their Monday meeting.

“I think we do need to have a change,” Pierce said. “We are expanding our airport’s presence, and just calling us the Rowan County Airport makes us insignificant. We are now more than just a county airport. It’s not just for hobbyists anymore that own a plane and want to fly it around.”

Airport Director Thad Howell said the name change is aimed at marketing the facility to a broader audience.

“This enhances our efforts to attract transient or out-of-state traffic who may not be familiar with Rowan County,” Howell said. “Similar efforts have been conducted at airports around Charlotte and Raleigh. A corporate pilot in Dallas, Texas, may not know where Rowan County is located. However, they understand the need to go to this region.”

He said the “regional” part of the proposed name indicates that planes from different regions of the United States can launch from and land at Rowan County’s airport.

The suggested Mid Carolina Regional Airport name comes as Rowan nears the end of a county rebranding process. However, the airport rebranding has been under consideration for a number of years.

Edds sat on the airport board when the name change idea was first raised. Edds said county government, which owns and runs the airport, “felt like we needed to step up our game and give it a place in the airport community.”

The name “rolls off the tongue” and accurately describes where the county’s airport is located in the state, said Airport Board Chairman Addison Davis.

County officials had considered using the word “Piedmont” in the name but decided against it because of potential associations with the Winston-Salem and Greensboro area, which is served by the Piedmont Triad International Airport.

“I think what they’ve come up with is about as good as we’re going to get,” Pierce said about the Mid Carolina Regional Airport name.

It’s unclear exactly when the name change would occur. During Friday’s airport board meeting, Howell suggested the name change occur at roughly the same time as the county’s overall rebranding. First, county commissioners will need to approve the change.

If approved, the full, new name will be The Mid Carolina Regional Airport – Swaim Field.

“Swaim Field” refers to Clay Swaim, the man behind much of the airport’s initial development.

On Friday, the airport board also looked at a number of logo proposals created by the Miller Davis Agency of Salisbury, but didn’t settle on one.