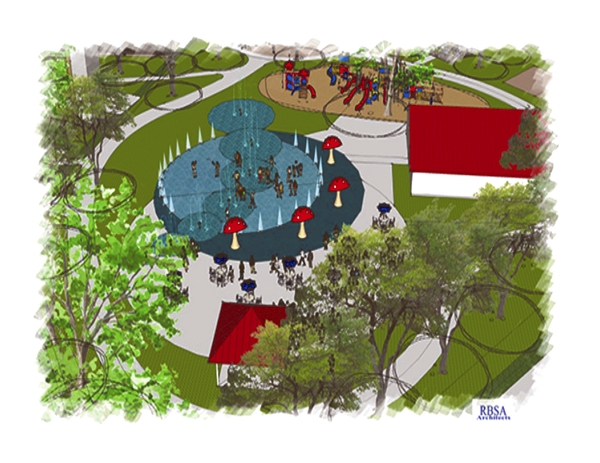 EAST SPENCER — The town of East Spencer this week was awarded a NC Parks and Recreation Trust Fund grant, bringing their four-year efforts to raise matching funds to a close. The dollar-for-dollar matching grant will help make improvements to Royal Giant Park.

“We are so excited. This is an exciting time for the town of East Spencer. We’ve worked hard and diligently,” said Mayor Barbara Mallett.

The money will cover phase I of the redevelopment master plan, which includes a splash park, a picnic shelter, cornhole toss courts, renovations to the restroom/shelter, basketball courts and playground. The improvements also include entrance signs and walking trails.

The town submits invoices quarterly and then is reimbursed, officials said.

Construction is slated to begin around Jan. 1 after the contract has been executed. The entire project is expected to be completed in 2018.

Of 66 applications, the town of East Spencer ranked five.

“We hope Rowan and especially East Spencer will be proud of the work that we continue to do,” Mallett said.

She said they want everyone to get excited for the town.

“We are so grateful and everybody helped — citizens, Rowan County and employees,” Mallett said. She also said a special thank you to Macon Sammons Jr., the town’s grants and special projects manager.

Mallett said there is a plan to have a celebration event, East Spencer Barbecue Festival, Oct. 1 from 1 p.m. to 6 p.m. at Royal Giants Park. The event is sponsored by Alderman Curtis Cowan.