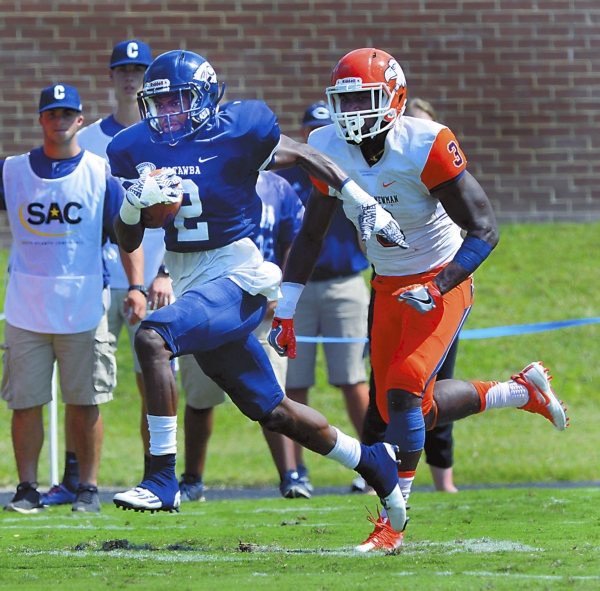 Wayne Hinshaw/for the SalIsbury Post ... Saturday’s game turned when Catawba’s Case Woodard (2) intercepted a pass and returned it for an 89-yard touchdown. Woodard’s play turned a 10-7 deficit into a 14-10 lead.

By Mike London mike.london@salisburypost.com CHINA GROVE — Carson’s defense was a rubber band on Friday, bending, but not breaking, in... read more