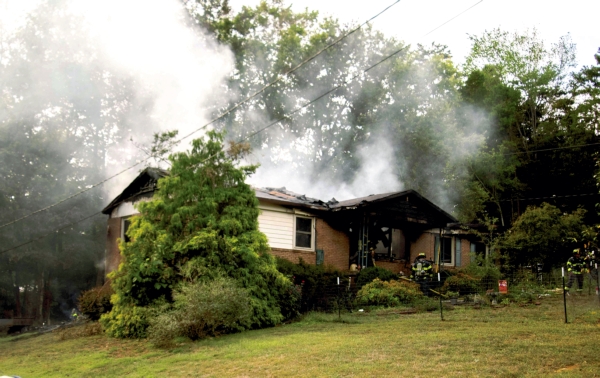 The home of B.T. Biles and wife on East Centerview in China Grove was destroyed by fire Friday. Officials say wiring in a hot tub was the cause. Jon C. Lakey/Salisbury Post

CHINA GROVE — A China Grove family lost their home and belongings — and 100 pounds of barbecue — when a fire destroyed their house Friday afternoon.

The home at 626 E. Centerview St. belongs to Boyd “B.T.” Biles and his wife. Biles had just gone to the store, his wife was at work and her father was sitting on the porch.

A passerby saw the fire, helped Biles’ father-in-law off the front porch and called 911. The man was not injured, but he was seen being checked out by emergency personnel while sitting on a neighbor’s front porch. Several neighbors also called 911.

The house fire spread to a truck that contained 100 pounds of barbecue, parked at the side of the house. Fire Investigator Deborah Horne said Biles was preparing for a church event where he planned to feed lots of people Saturday. In addition to the barbecue, he lost banana pudding and other food items.

Two firefighters were treated at the scene for heat-related dehydration but not taken to the hospital, Horne said.

The family’s two cats and dog were missing after the fire.

The fire started in the back of the home, touched off by the wiring in a hot tub on the back deck, Horne said. The walls were left standing, but the house had total fire damage. The family has insurance on the house, she said.

The house is located not far from Food Lion at U.S. 29 and Bostian Street on the other end. 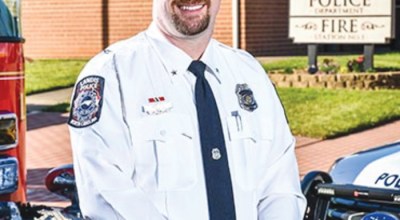