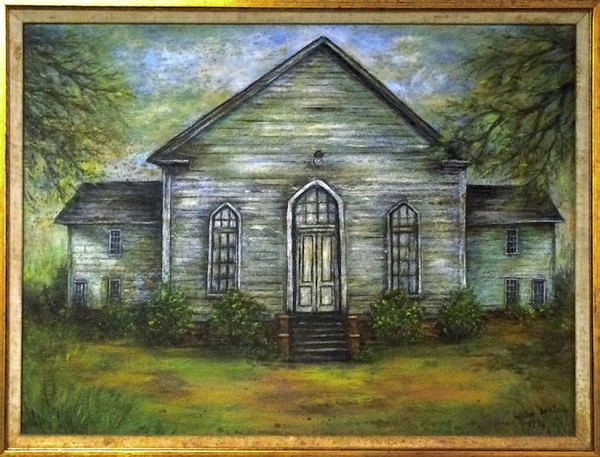 Painting was done by Willie Lentz, a member of the church for many years before her death.