Rowan Chamber of Commerce travels to D.C. for business summit 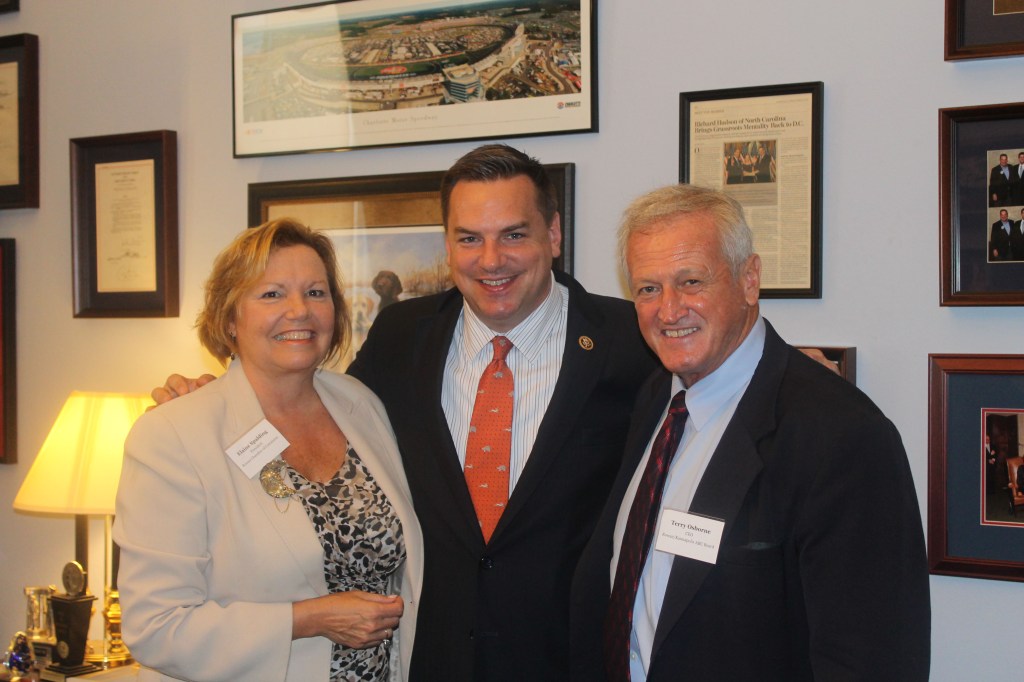 SALISBURY — With its visit to Washington, D.C. this week, the Rowan County Chamber of Commerce hopes to ensure “the bureaucratic red tape is not too deep” for future projects.

The goal of the trip, an annual event, was to advocate for issues and projects specific to Rowan County. This year, Spalding said, the focus was on the Rowan County Airport’s runway extension.

“We’re trying to make sure the bureaucratic red tape is not too deep,” Spalding said in an interview with the Salisbury Post.

For county officials, the runway extension has been a long-desired project. County leaders hope to secure funding to extend Rowan County Airport’s runway from 5,500 feet to 6,000 feet. Spalding said the airport is especially important for local businesses using the facility for charter flights and private planes.

The Chamber of Commerce on Tuesday was scheduled to have individual meetings with all of Rowan’s members of the U.S. House and the state’s two senators, according to Spalding.

U.S. Rep. Richard Hudson, R-8, said he met with a number of groups from North Carolina, including the Rowan Chamber, to understand “what’s working and what’s not.”

“This is a can-do community, but from what I’ve heard, too often we’ve got Washington telling us we can’t do it,” Hudson said in an emailed statement. “That’s why I continue to fight for a smaller, more limited federal government that gives North Carolinians more power to grow our economy and create good-paying jobs.”

There were 167 registrants for the North Carolina Business Summit this year.

When asked about the summit, Osborne emphasized a point he said Sen. Richard Burr, R-NC, made during a speech — that North Carolina has the third-largest pool of college graduates. Osborne also noted a part of a speech by Sen. Thom Tillis, R-NC. Osborne recalled Tillis saying that Republicans in Congress are trying to emulate on a nationwide scale some of the economic success North Carolina has seen.

Spalding said she enjoyed a speech by House Speaker Paul Ryan and learning about the “A Better Way” plan — a policy package introduced by Ryan.

Chamber of Commerce in DC for business summit