Dr. Ada Fisher: What do we have to lose? 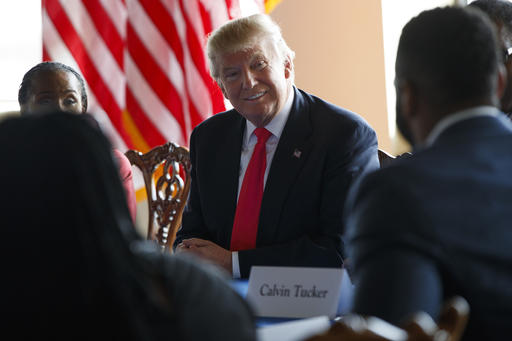 In my 50-plus years of voting, I have never seen a politician take it to the black community and tell us what we needed to hear rather than what they think will get them our votes. The most honest political statement made to the black community was made by Donald J. Trump in asking, “What in the hell have you got to lose?”

Though the harsh edges did burn, the reality is that too many black communities are represented by Democrats who haven’t moved the dial on poverty rates, crime, jobs, educational success, entitlement increases or other parameters which would point to a healthy economic environment and an increase in self-sufficiency. Where are our black businesses?

Attempts to paint Trump as racist lack credibility. Trump has worked to include blacks in corporate America as witnessed by his upper management staff of African Americans and women. He has been an opponent of the Transpacific Partnership and other trade deals that ship jobs out of this nation and disproportionately affect minorities. His 1986 Ellis Island Medal of Honor — whose 80 recipients that year included Rosa Parks and Muhammad Ali — supports his belief that we can build on diversity we understand and support. Before he decided to run for president, his controversial real estate stances were seen as the cost of doing business, not racism.

The most racist, sexist and ethnically biased candidate is Hilary Clinton. During her campaigns against Barack Obama, thinly coated racism was evident to anyone with good hearing. She stated repeatedly her mantra that Obama didn’t have the experience and connections to be president. Obama said Hillary wasn’t qualified to be president. I take them both at their word. Their major rag against Trump is that he has no experience, which belies their pimping of government-provided resources to politically make their Obama/Clinton way.

Blacks who entertain the notion of Bill Clinton being the first black president aren’t hearing an insult when it is made; this presupposes that whites know best what blacks should believe. The Clintons were architects of the three-strikes-you’re-jailed law, which disproportionately imprisoned men of color, many of whom hadn’t committed violent offenses. This kind of effort contributes to the violence against black men, internally and externally. This fear of black men is a precursor to the belief that black lives don’t matter and was compounded by her referring to young African Americans as “super predators.” who “need to be brought to heel.” Why is this no different from Hillary’s accusation of xenophobia by Republicans?

Hillary’s sexism in not fighting human trafficking in nations we do business with or putting Bill out to pasture for his sexual indiscretions says she is an enabler. Turning one’s head the other way when young women in Africa are captured by warring tribes and used as slaves is a travesty, but Hillary didn’t take a forceful stand for these women.

When Pence enters a black barbershop for a haircut without telling them who he is, it speaks volumes to Republicans’ willingness to go where many have never gone before. When Trump enters a black church in Detroit without the trappings of inside connections so often provided to Democratic candidates, it is both political and speaking to his willingness to make a difference. When Trump sits at the table with union leaders and explains how our trade deals have undermined their jobs and our national security, he may finally be on the verge of waking up America.

The media, lobbyists and entrenched politicians are fighting Trump tooth and nail. Adversaries know a Trump presidency will disrupt both their easy money flow and access to power.

For Republicans standing with Trump and Pence, it is about national security and the economy. If this makes us deplorable, count me in.