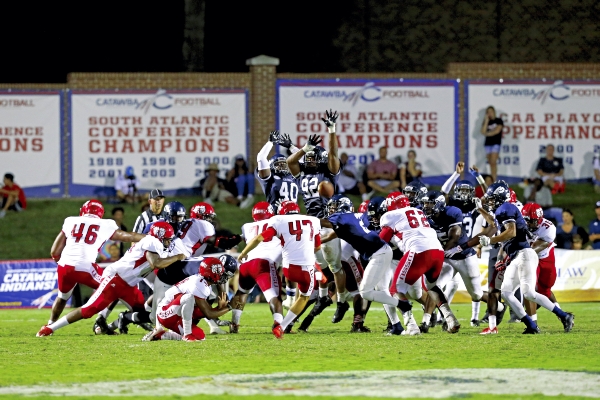 James Sipes/for the Salisbury Post ... Catawba’s hopes stayed alive as WSSU fails to make a field goal with 2:17 left on the clock, but the Indians were unable to score after getting the ball back on Saturday night.