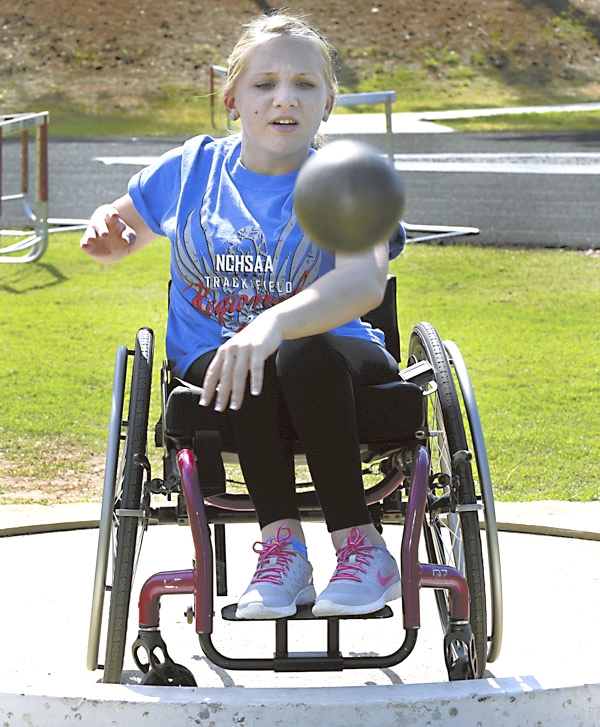 East Rowan High graduate Taylor Kirk, who competed in high school track and field shot putt from her wheelchair, has died. File photo by Wayne Hinshaw, for the Salisbury Post

Taylor Kirk, a 2016 East Rowan graduate, died on Saturday.
Kirk was a perennial state champion in the indoor and outdoor 3A state meets in the wheelchair shot put, winning both titles in 2014, 2015 and 2016.
She learned as a high school sophomore to fling the 8-pound shot put with a sidearm motion. Her early throws in competition were under 7 feet, but she managed a career best 9 feet, 2 inches in the 2014 outdoor championships. She missed 9 feet by a half-inch in the 2016 outdoor state meet.
Kirk was born with spina bifida and underwent a series of surgeries as a youngster.
East Rowan chorus helped her become a more outgoing person, and she also was a notable sports fan, a regular at East baseball, basketball and softball games.
During her time at East, she became one of the school’s best-known students, as well as the most inspirational.