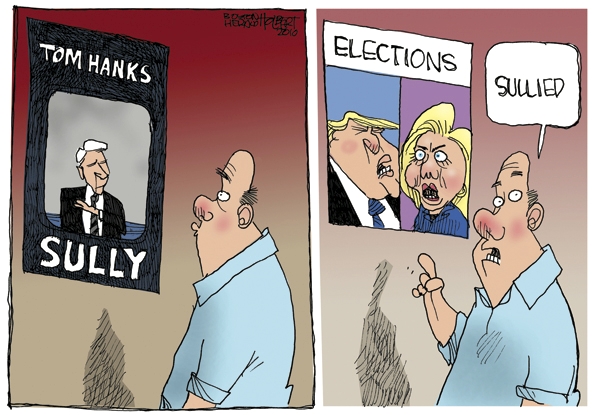 … My Turn: School scores up, but it’s not time to celebrate

This is a classic example of seeing the glass as half empty instead of half full. Of course our schools are not nearly as good as they need/can/will be. There is reason to celebrate and work hard another year. The digital age is here whether we like it or not.

Cybil Jones: Won’t you be my neighbor?

Thank you, Cybil. You just spoke for everything I feel. My children attend Overton and Knox. While they are getting a top-notch education from dynamic teachers, the compassion and empathy they internalize every day has shaped them into the loving and thoughtful citizens I am so proud of. The experiences with their classmates who come from different situations than their own are the treasure of our public schools.

Mrs. Jones, I enjoyed reading your lovely letter. I taught in high-poverty schools for many years and recognize the experiences that you shared. However, I think that you missed the point of the My Turn that I wrote. As I stated, the RSS students are just as smart as any children in the state and our teachers are qualified and dedicated. What is happening to our children is an injustice or, more specifically, what is not happening for our children is an injustice. Our Rowan-Salisbury children deserve a high-quality education. District leadership is the problem.

… Rockwell principal returns to her roots

Jen Warden, you have touched so many lives, and each one is so very lucky. I love ya!

I know you will do great things at Rockwell, just as you did at Millbridge and Mount Ulla.

… Editorial: Put fairness on the map

“Democrats have to own up to their history. Democratic legislators drew up North Carolina’s congressional districts to suit their own political purposes for decades upon decades, and barely a peep was heard about fixing the system.”

And this is exactly why the current push for such a system comes off to so many conservatives as hypocritical and filled with (in the modern vernacular) nothing more than “butt hurt.” So readily forgotten and dismissed are the lawsuits that went to the Supreme Court over Democratically drawn lines as recently as the 1990’s (Hunt v. Cromartie).

I won’t disagree that gerrymandering is a problem in this nation that skews the voice of the people. However, embracing a position only when the political winds of fortune no longer blow your way does not give your argument much in the way of admirable support.

I will make a prediction: If the winds shift and the Democratic Party is able to regain control of the N.C. General Assembly, you will suddenly see their push for such an independent panel to simply disappear.

Truly grateful for Erin Brockovich taking time to share her knowledge with the people in our community that are affected by water contamination.

Duke Energy must be very nervous.

Here we go again. Has the “fine arts” center ever hosted someone who is not a supporter of the biggest lie ever pulled on the world? I’m talking about climate change. … But what do I know? I’m not a “fine arts” liberal.

I believe she’s speaking on pollution, not climate change. Or do you deny that pollution exists as well?

Brockovich will be speaking the day before a hotly contested election, in which incumbent N.C. Gov. Pat McCrory is embroiled in a variety of allegations surrounding coal ash cleanup.

Pat McCrory has not even spoken to the residents across our state dealing with coal ash — after many, many times of us reaching out to him. Several of us cannot even speak with our state health director, Randall Williams, as he will not take our phone calls for answers. … But McCrory does speak with Duke Energy. …

The residents need the permanent water, yes, but not at the cost of these leaking, contaminated pits staying in the ground. Residents did not support HB630 and asked that our local people in Raleigh not support it, either. But they did. …

The McCrory administration continues to look after Duke Energy. They are not fooling anyone around the coal ash ponds. They didn’t tell everyone that if we get city water run to our house, the water will cost us. …

They try to make it sound like we are getting such a sweet deal. The deal Patty Boy made helps Duke out because, in exchange for giving us water, he fixed it to where Duke only has to clean up a couple coal ash ponds and the rest will just be capped in place, saving Duke millions. Capping in place doesn’t fix the problem.

Tom Reeder continues to point out what McCrory and his administration have done to clean up the mess that others ignored before them. I will never disagree that more could have and should have been done when it comes to Dukes toxic ash pits. The difference is that the Dan River Spill happened while McCrory was our governor. No one could have imagined that such a horrible disaster was going to happen on that day, but there were warning signs. Many concerns came from Duke’s own employees who asked for the money to fix this pipe in which they were denied. …

If the state would simply do their job in protecting the public and stop protecting the known polluters, we would begin to rebuild trust in our state. If Duke would stop feeling the need to claim everything is naturally occurring, it’s not their fault, and start listening to their neighbors more, we could start rebuilding our trust in them.

This is just another reason to support this local business (besides the great food).

Jessica is an amazing young woman!

… Chance to give feedback on widening Julian Road

That’s great; it really does need it. Also, I live on Heilig Road. I would like to see the speed limit dropped to 45 mph and also no engine brakes on big trucks. Since Gildan opened, big trucks run all day and all night; brakes are way too loud. … The town of Albemarle will give you a ticket for using engine brakes. This part of Julian Road has houses where people live and kids that have to get on the school bus.

Here’s my question: Why would you want for president a person who has provided the American public with virtually no proof of any of his claims to business success, acumen or generosity, among many of his other claims? Why are his supporters letting him get away with not releasing his tax returns? If he’s the person he says he is, y’all can read them and then tell those of us who don’t support him to jump in a lake! Until then, you truly are throwing rocks in a glass house.

Democrats need to wake up and think about the future of their grand children and what’s best for our country. Think about the Obama administration and how he’s tried to destroy everything this country has ever fought for. With crooked Hillary in there, this country may be doomed. I think her plans are to finish what Obama started. She has not shown me anything that will benefit the people or our country.

… Letter: Roy Cooper should step down

Kudos to Roy Cooper. … The photo ID and HB2 laws are inconsistent with the laws of the land, according to federal appeals court rulings. Therefore, it is incumbent upon our attorney general to follow the U.S. Constitution by not defending these laws, in my humble opinion. North Carolina is one of 50 states and not part of a confederacy.

My mother was diagnosed with a rare cancer last April that was located in her interior vena cava. … We got in touch with Dr. Bowers at the Mayo clinic in Rochester, Minnesota. She underwent multiple surgeries and spent two months there. But she is home now on the road to recovery, and it’s a true miracle. You should have your doctor contact the Mayo Clinic and see if they’ll look at your case.

My brother was diagnosed with stage 4 cancer two and a half years ago. He went to Rowan and then Winston-Salem and was told that they could not do anything — gave him two weeks to live. At Levine Cancer Center, Dr. Ashley Sumerall did the saving with two other doctors. Contact them.

Try Cleveland Clinic. They have the best cardiac program.

Wonderful story for a wonderful individual. Jeff was well-loved by many, mostly because of his big heart. And I know he was well-loved by his former coach, Jerry Pless. He considered Jeff to be “one-of-his own.” Thank you for writing such an uplifting tribute for Jeff.

… Are you living or just existing?

Great article, Pam! … Many live to old age never learning this nugget of wisdom. I know dozens of folks who are afraid of retiring because they have no experience “living,” doing the bucket-list things that they couldn’t do while working. Browsing social media, watching television or playing video games can take endless hours and yet leave us feeling empty and useless. Pam is right! Don’t wait to do what you love to do.  Live!