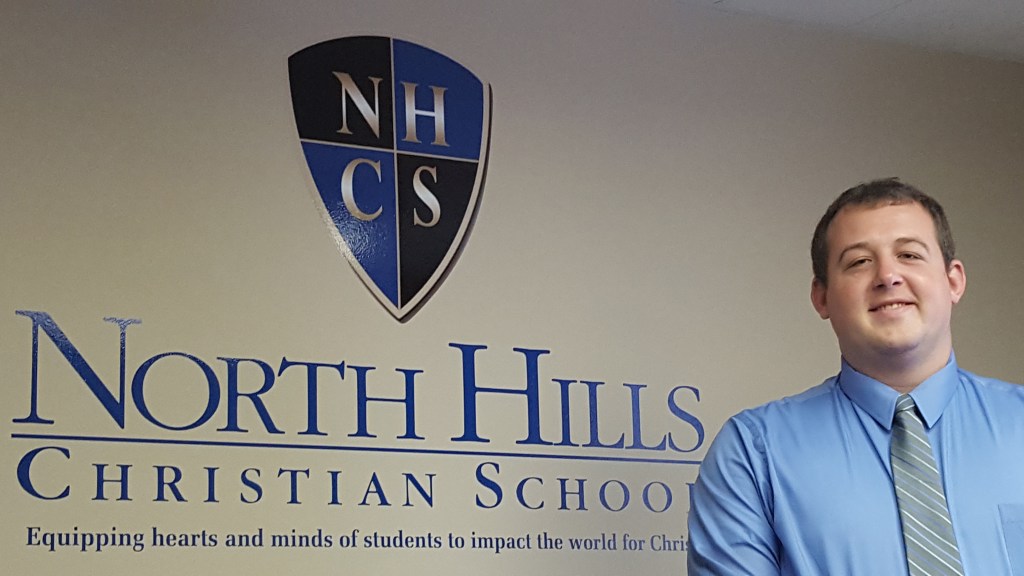 SALISBURY – With more than six years of experience in the world of college and professional athletics, David McDowell has joined the staff of North Hills Christian School as the athletic director.

“I’m excited about the opportunity to bring my skills and experience from the college level to North Hills,” he said. “It’s an opportunity to challenge myself while making a positive impact on the school.”

McDowell will manage North Hills’ 31 athletic programs, serving students in fifth through 12th grade. He will also oversee the school’s return to the North Carolina Independent Schools Athletic Association (NCISAA). North Hills was granted a provisional membership in the NCISAA in 2012.

McDowell comes from his alma mater, where he spent the past five years playing a key role in the growth of the Catawba College Indians. He was named assistant athletic director at the beginning of the 2015-16 academic year, and before that, he served as the assistant sports information director.

His responsibilities at Catawba included sports information, running the athletic video program, marketing and game operations. He also created and oversaw an internship program employing 12 to 15 students each year.

“I feel my time at Catawba College has more than prepared me to accomplish the tasks ahead of me,” he said. “I’m excited to continue to grow as an athletic administrator as I take on new challenges at North Hills.”

McDowell previously worked at Sports Media Technology as a remote operations technician. He was responsible for the graphic interfacing for NASCAR, NFLm IndyCar events and more on networks such as ESPN, ABC, NBC, CBS and SPEED.

He graduated from Catawba College in 2009 with a bachelor’s degree sport management, and he is currently pursuing his graduate degree in sport administration from Liberty University.

“I am thrilled to have David join the North Hills Christian School family as our athletic director. He has great vision for athletics and has the experience and determination to take our program to the next level” said Maria Lowder, school executive director.