Phyllis Schlafly was one of a kind 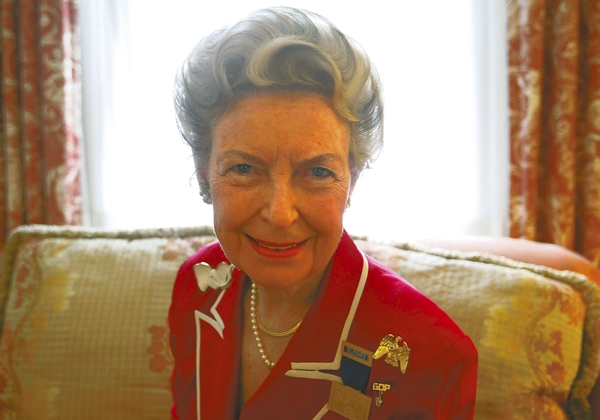 Phyllis Schlafly, Missouri delegate and president of The Eagle Forum, photographed in her New York hotel room, during her visit to New York to attend the 2004 Republican National Convention. Schlafly died of natural causes on Monday. AP photo

Phyllis Schlafly was an anti-women’s rights activist with a law degree, two-time candidate for Congress and a successful businesswoman. Whether heralded as a giant of the American conservative movement or vilified as a hypocrite who set the women’s rights movement back decades, Schlafly was always controversial and often successful.

Her death on Monday at age 92 is symbolic of a dying era in which American conservatives have tried desperately to preserve traditional male-female roles at a time of rapid change and demand for workplace gender equality. She killed off the Equal Rights Amendment long before her passing.

Ambitious, determined and shrewd, Schlafly did not let a husband and six children slow her conservative Eagle Forum crusade. While admonishing women for not staying home with their children, she was out on the hustings as the architect of a flag-waving style that inspired Republican strategies of today.

When Schlafly set her sights on defeating the proposed constitutional amendment to guarantee equal rights for women, it had lopsided approval in both houses of Congress. Presidents Richard Nixon, Gerald Ford and Jimmy Carter supported it, while First Ladies Betty Ford and Rosalynn Carter actively lobbied for its passage.

The amendment was first introduced in 1923. By the time Congress passed it in 1972, it had widespread popular support and was expected to easily acquire ratification.

Schlafly launched her effort as the ratification effort neared completion. She had no organized network at the time, only a monthly newsletter that she mailed to a few thousand supporters. She used that as a springboard to demonize the ERA, mixing fact with sensational charges to create fear about what it could do to women, families and the American economy.

She taunted feminists, getting her followers to bring home-baked cookies to Illinois legislators they were lobbying to vote against the ERA and by appearing unfailingly well-groomed and cheerful in the face of anger and hostility.

She offered dire warnings that ERA’s passage would lead to unisex bathrooms and women being drafted into the armed forces. Though ERA failed, Congress has recently debated including women in the draft, and unisex bathrooms are commonplace.

She argued that women didn’t need equal pay because the men they married would serve as breadwinners. Her work unquestionably helped stall the equal-pay movement. Women still only make an average of 79 cents for every dollar men earn.

Combatant to the end, Schlafly fought in court this year to block a trademark for Schlafly beer, claiming she had made the name famous. She lost the case in August, but her point is well-taken. There was only one Phyllis Schlafly.