Livingstone football looks to bounce back this week 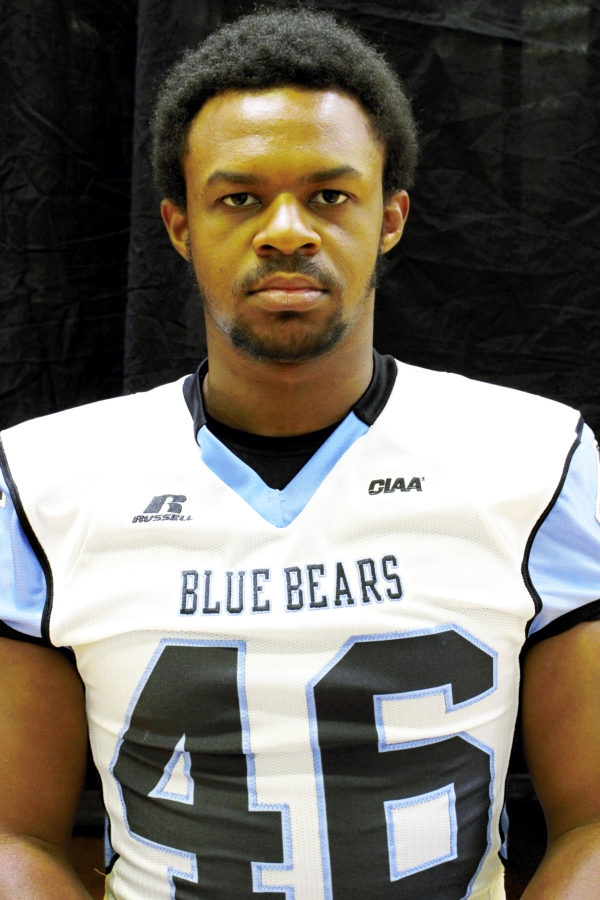 SALISBURY — To a man, players and coaches, no one expected to come out of the season opener last Saturday with a loss.

But that’s what happened to Livingstone in Columbia, S.C., when the Blue Bears fell to Benedict, 5-3, in the Palmetto Capital City Classic.

“It’s such a different feeling in the office because we’re used to winning our first three or four games,” Livingstone head coach Daryl Williams said on Tuesday. “We didn’t win our first game and it was a culture shock … it has a way of grounding you. I have to keep reminding myself that we have young football team, but that’s still not an excuse for us making the mistakes we made last Saturday.”

Still, there’s no panic on West Monroe Street, as players and coaches were going about their business yesterday. Most players even came in Monday, their normal day off.

“It’s just one game,” continued Williams. “You can’t let it beat you twice and I believe in the old cliche that you make your biggest jumps between the first and second games. I fully believe that we’ll be ready this week.”

This week is the home opener at Alumni Memorial Stadium, hosting Edward Waters College on Saturday afternoon at 3:00.

Livingstone hopes to get more production out of its offense this week. The Blue Bears managed just 119 total yards for the entire game and no touchdowns. The only points were from a 25-yard field goal from freshman kicker Tyler Keene.

Two red-shirt freshmen quarterbacks — Dallas Bruton and Thaddeus Bell — combined for 111 yards passing, but threw three interceptions. One pick, thrown by Bruton, was almost returned for a touchdown and it did lead to Benedict’s game-tying field goal.

Bell came off the bench last week to relieve Bruton and the offense did show a little more spark, but penalties kept getting in the way. Bell was only 5-for-12 passing for 50 yards but he scrambled for 27 yards on six carries. However, sacks brought his rushing total back down to 11 yards.

Bell appeared to have completed a big pass with two minutes left that would have put the Blue Bears into the red zone, but a holding penalty brought it back. Livingstone then lost the ball on downs, allowing a sack on the next play.

Williams said that Bell, from Duluth, Ga., has moved into the starting role this week.

“Yes, based on his performance last week, Bell will be the starter,” confirmed Williams. “He just showed a little more poise under fire while he was in there.”

The Blue Bears’ defense played very well against Benedict and really pitched a virtual shutout. The offense’s turnover set up the chip-shot field goal and then after a special teams mistake, the offense got pinned for the safety that turned out to be the winning points.

Still, defensive leader Armond Cox, a sophomore end from Teaneck, N.J., said it was a team loss and there was no finger pointing.

“No, you can’t be upset with the offense because we’re a team, first and foremost,” said Cox, a member of the CIAA’s All-Rookie team last year as a freshman. “I remember last year at Bowie State, our defense offered no type of stops and before it was over, we had allowed 45 points.

“And last week, I felt that our defense could have done even better, that we could have helped the offense even more,” continued Cox, a 6-3, 240-pounder. “We needed to give our offense more to work with, meaning there were some times that we didn’t get off the field and gave up field position.”

Cox remembers correctly. The defense yielded just 188 total yards, but 169 came through the air. There were several big pass plays from Benedict that flipped field position.

Cox had seven tackles, including a sack and three others for losses. He also knocked down a pass. Linebacker DeMarcus Nolan led the Blue Bears with 11 tackles while safety Danny Robinson also made seven tackles.

Nolan, a senior from Knoxville, Tenn., was named Livingstone’s male athlete of the week.

“Yes, it was a tough pill to swallow,” Cox said of the loss, “but we trying to make sure that everybody sticks together.”

Williams added that a home game is coming at the right time.

“I’m real excited about playing at home and I think this is just what we need,” he said.