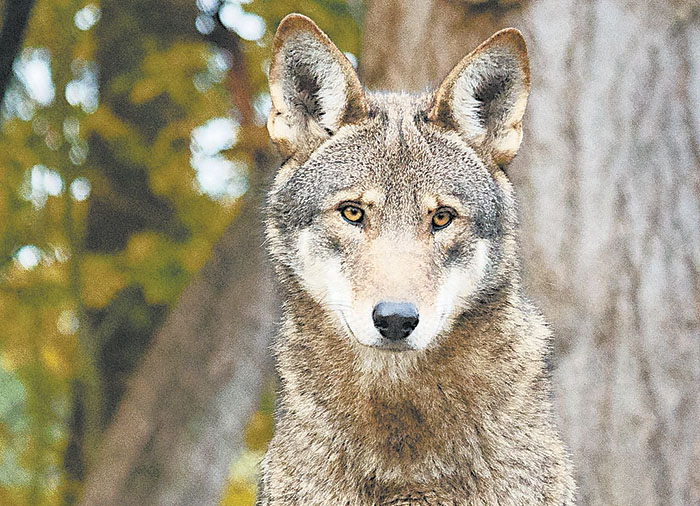 Efforts to recover the red wolf, the world’s most endangered canid, was the topic for a presentation Sept. 1 at the Center for the Environment facility on the Catawba College campus.

Christian Hunt, program associate for Defenders of Wildlife’s Southeast region, talked about the endangered species, now found in the wild only in North Carolina, and what citizens can do to save this animal from extinction. Hunt offered these written responses to questions posed by the Center.

Q: Tell us first of all what the range of habitat is for the red wolf.

A: Red wolves used to roam from the plains of Texas, to the swamps of Florida, to the forests of New England. They now live in one small holdout in eastern North Carolina, on both public and private lands.

Q: How many are left?

A: No more than 60 red wolves remain in the wild. Roughly 200 persist in captivity.

Q: Why is the U.S. Fish and Wildlife Service considering taking the wild red wolf out of its natural habitat?

A: It’s a politically complex issue, but the North Carolina Wildlife Resources Commission — on behalf of a few private landowners opposed to the program — has demanded that the red wolves be removed from the state. The U.S. Fish and Wildlife Service is considering whether to terminate the red wolf recovery efforts in North Carolina.

Q: Are the private landowners opposed to it because the red wolf is a predator?

A: Generally speaking, no. Unfortunately, predators and especially wolves are very misunderstood and underappreciated. Red wolves are timid, elusive creatures. They do not pose a threat to livestock or people.

Q: What do red wolves typically prey on?

Q: When was the red wolf declared endangered?

A: In 1967. In the mid to late ’70s the U.S. Fish and Wildlife Service removed the last wild wolves in an attempt to save them from extinction and with only 14 animals began a captive breeding program.  Eight pairs of red wolves were then released into eastern North Carolina in 1987 on the Alligator River National Wildlife Refuge.  The wild population grew up to nearly 150 animals at one point.

A: Yes. Historically the loss of habitat and persecution drove the wolf to the brink of extinction. Today, gunshot mortality, political inaction and agency mismanagement are the red wolves’ greatest threats.

Q: Where is the 1.7 million acres where the red wolves live today?

A: Red wolves live on both public and private lands, in a five-county area, including Dare, Hyde, Tyrrell, Washington and Beaufort counties.

Q: Tell us what your program with Defenders of Wildlife wants to do.

A: Defenders is taking a two-pronged approach in North Carolina. We are focused on advancing the science and policy of red wolf recovery while cultivating grassroots support. If the red wolves are to remain in this state, Fish and Wildlife needs to hear the support of North Carolinians.

Q: What will happen if U.S. Fish and Wildlife decides to do away with the program?

A: If the Service terminates the red wolf recovery effort in North Carolina, it is unclear what actions they would take. It is possible that all red wolves will be removed from the wild — a major blow to their recovery and long-term viability as a species.

Q: What will happen to the ecosystems if the red wolves become extinct?

A: Wolves protect the health of the ecosystems. Red wolves prey upon nest predators, such as raccoons and opossum, which allows the turkey, quail and songbird populations to grow. Red wolves also eat invasive species, which otherwise damage farmers’ crops.

Q:  What is your overall goal?