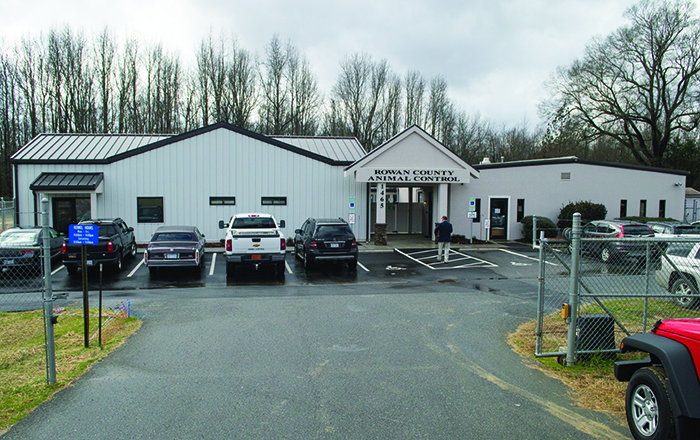 Rowan County’s official response to state inspectors spends the largest portion of space addressing cleaning procedures in the recently opened cat wing, where feces was found smeared on the walls of cages. Other issues in the failed state inspection included: space for cats inside of cages, supplies strewn across an isolation room, an inadequate policy for record keeping in the cat wing, peeling paint in dog holding areas, open containers of dog food, and rusted water and food pans for dogs.

Inspectors from the N.C. Department of Agriculture didn’t fine or penalize Rowan County. Instead, a corrective action plan was required to be submitted within seven days. A follow-up inspection will also be conducted.

The finalized response to state inspectors, provided to the Salisbury Post late Friday evening, addresses problem areas in detail. Some, however, are as simple as not using rusted food and water pans.

“The animal shelter’s recent failed inspection was very disappointing. It was embarrassing. It is unacceptable,” County Manager Aaron Church said in a statement accompanying the response. “We have have been entrusted by the citizens to manage their shelter responsibly and with a great sense of pride. We need to be held accountable and hold ourselves to the highest standard.”

In the response, authored by Animal Services Director Bob Pendergrass, Rowan County tells state inspectors that shelter employees will clean the cat wing three times per day. Cleaning will occur before opening, at 1 p.m. and at 4 p.m. On Wednesdays, shelter employees will do an “intense cleaning” of each room.

Employees, including those who aren’t responsible for cleaning, will also be trained on best cleaning practices, according to Rowan’s response.

Random cleanliness checks will occur daily by supervising staff and weekly by the director.

A similar cleaning practice will be adopted in dog areas. However, dog holding areas will be cleaned twice per day instead of three times.

Another significant change will be that no cage will hold more than two cats, unless it’s a mother cat with kittens.

“We are still human and we will make mistakes,” Church said. “When mistakes are made, we will take responsibility and commit to improvement. Toward that end, the citizens of Rowan County can be assured that our animal shelter will become a place that we can all be very proud of.”

In his statement about the county’s response, Church also makes a plea for volunteers at the Rowan County Animal Shelter. It was heavily favored by local animal advocates but only six people have applied.