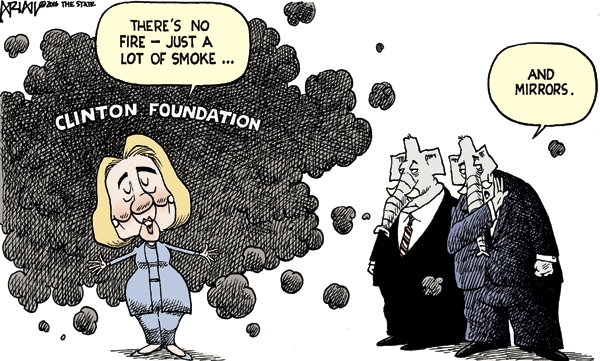 We as a community are extremely upset with these senseless shootings. I witnessed what happened on Fisher Street. … Officers have responded several times to that address with the same problem, yet no arrest has been made. … I guess the police will arrest these children and seize those guns when someone is seriously injured or killed

While it may be true that there are guns in the home you mentioned, as long as they are legally owned, the police do not have the right to confiscate them unless they have proof or a firm suspicion that they have been used in the commission of a crime. …

It’s a shame when one can get a gun before a job. Back in my day, we wanted cars and got jobs to pay for them. We as teenagers never even thought of obtaining guns.

The answer has to be to get more guns out there, right away. Just like more chicken dinners will curb eating.

This is disgusting and completely inexcusable. They need to clean house — literally. Not just the building itself, but all the employees.

It’s not complex. Hire staff for administrative work only and staff for cleaning and inspecting animals and living conditions only. Rowan County residents, this is our money. I know I pay a lot in taxes and want it to go towards making animal adoption efficient. (Handwritten paperwork I can barely read doesn’t work for me. Maybe printing adoption paperwork?) As would, most importantly, a clean, safe and humane animal shelter.

Rowan saves a lot of animals from death with a hardworking group of rescuers. Many other county shelters murder as many as they take in.

This is a shelter for animals, not a dumping ground. These voiceless, innocent animals have no one but staff to care for them.

Ever worked in a shelter? These places are overcrowded because people do not spay and neuter their pets, because they dump them out when they are tired of them. There are few paid workers and maybe a handful of volunteers trying to keep things under control. … If you have time to yell “This is horrible,” then set aside some time to go volunteer to help.

The county took quick and effective action. Don’t ignore when they do right. That is called being fair.

… In hindsight, which is always perfect, hiring that individual may have been a mistake, but it appears the county did its due diligence in the hiring process but determined retaining the vet was a mistake — which they rectified by terminating his employment in a timely fashion.

Is that not what folks have been asking of them, to correct mistakes and problems?

We knew this vet had a lot of issues when he was hired; it was common knowledge. But he does not supervise the overall running of the shelter, the intake, record-keeping or cleaning procedures.

Wonder where Catawba College thinks it’s going to put all these students? Sounds like new dorms and new classrooms. They’re already encroaching on the adjacent residential neighborhood and the quality of the people’s lives who live there. … Both the college and one of their VPs have students (throwing parties) living in what were single-family homes. And it seems that Catawba College is exempt from all the provisions of the city’s land use ordinance. Exactly who does get special privileges?

I attend there and there is little parking. I have no idea what they will do with more students.

We’ve lived on Lantz Avenue for 30 years, and it’s always been a nice, quiet, family neighborhood.

A few years ago, the college’s chaplain bought 11 houses and began renting them to students. I hear that other houses have been purchased for student rental.

… They are usually fine, polite and quiet — no drama — except on weekends, when they sometimes become party animals. Sometimes those parties get loud.

… I would hope that as Catawba grows, budgeting for new dorms would be part of that plan, such that Catawba is considered a beautiful place to be — a nice college, surrounded by a nice neighborhood.

What did this accomplish? Nothing but pain and suffering for both families of all involved. Something has to be done about the drug use problems in Rowan County.

“Shouldn’t there be one leader for this enormous task rather than a panel of 38?”

It is my understanding that the consultant asked that the committee reflect the demographics of Salisbury. We are nearly 50 percent people of color, 50 percent white. I attended a 2020 Vision committee meeting last Friday evening. I saw one African-American in a room of perhaps 30.

Many in that room reported that in “kitchen table” conversations, African-Americans had expressed a sense of exclusion from the aspects of Salisbury that the white citizens spoken to identified as the best parts of community.

Why then, would it be good to have one leader guiding the direction of this vision? We can reasonably conclude (based on historical actions) that that one leader would be white and probably old.

How would (does) such leadership reflect a majority-minority population, and how does the (estimated) average age of 60 on the committee reflect who will be most affected by the vision set for the next 20 years? Let’s try harder.

In addition to the tremendous amount of revenue a sportsplex would generate and jobs it would create, I could see such a facility also combatting juvenile crimes and gang violence, as well. If I had a vote, it would be placed very highly with this idea.

We’ve been twice, for their soft openings. Very good food and service. We wish you lots of luck, and will definitely be back!

Glad to see a restaurant other then fast food and BBQ opening in Salisbury.

Awesome food with great atmosphere. We loved it.

Very kind gentlemen, they allow me to park my Kenworth there while parking is becoming scarce in Salisbury. Will definitely give them my business.

… Boarding kennel’s lack of license raises questions about others

I just left my “baby” Mollie with Nina. Here is how my daughter described Mollie’s boarding facility: the”Hilton for dogs.” Rowan County is blessed to have Nina and her love for animals. When Mollie is picked up, you can tell how happy she is. She has been treated with love. Nina Dis operates a first-class operation.

Whatever the motivation was for this article , it did clearly explain to all concerned that Nina and Dale Dix run the finest dog facility for animal care. Great advertisement for two wonderful people.

Thank you for providing the link to the government inspections of boarding kennels in Rowan County. After reading it, it clearly confirms that Doggie Holiday is the only boarding facility I would take my dog to. Nina Dix treats all of the boarders as if they were her own, with love, care, years of experience and common sense. While a license is a necessary, mandated document, personal experience often says much more than an official seal of approval.

Nina is fantastic and runs a first-rate business. I cannot recommend her, and Doggie Holiday, highly enough.

I first laid eyes on Tonya as a teenager, and she was my Wagon Wheel girlfriend when we were 13 years old. My mother’s band, The Little Nashville Band, played many nights there. For sure some good old days. I haven’t been in 20 years but will never forget chasing the girls around the dance floor from our corner.

So sad to hear that. My husband and I had some wonderful times there. We moved to Greenville, S.C., from Lexington, but never forgot the good times we had going dancing at the Wagon Wheel.

I do not understand anyone opposing voter ID requirements. It applies to all races. No one claims discrimination when asked to provide ID to buy beer or cigarettes. Is the right to vote a lesser issue than buying beer?

Common to whose or what sense? There is contradictory evidence that voter ID requirements increase the integrity of elections. … If they can pass a bathroom bill in a matter of hours, they can restore the 2012 voting laws in a matter of days.

Mac was Mac, and I and many others appreciated him for being bold, outspoken and truthful, when most are so afraid of not being politically correct, and say nothing.

… Why can’t we just live, laugh, and love and be ourselves, without fear that our local newspaper will pick up on our words, twist their meaning and stir up controversy where there is none?

Thank you, Mac, for all your hard, dedicated volunteer work. Thanks to Julia, Laura and Wade for sharing such a talented go-getter with his beloved state and county, and the sacrifices made by all of you. I for one will miss Mac, and look forward to seeing him again when we worship our Maker.

Mac and I were good friends for years. I was always his liberal Democrat Carolina graduate friend. Even though were at different ends of the political spectrum, we did agree on many things and we always enjoyed talking politics

We were active for many years in the Salisbury-Rowan Home Builder Association and traveled to many state meetings together. I also served on the Rowan County Housing Authority with Mac, and I appreciated his true concern that everybody have safe housing.

I was sorry to see that Mac had to suffer with so much undeserved criticism and to unjustly be called a bigot when I knew that this was not the case. He always wanted all people to be treated fairly and justly.

He was especially devoted to his family and was always proud of them and thankful that he was so blessed.

Mac Butner was a good man by any standard. I hope he has finally found peace away from those who tend to be so judgmental.

Mac was out actively doing things, not just sitting back, watching, waiting for someone else to make a mistake or, heaven forbid, say something that might be construed as “racist,” a vastly overused, overrated word.

When you tell the truth, there is only one way it should be labeled: the truth. That’s what Mac did without being left-wing mealy-mouth about it.

Rowan County needs a station like WRBK down in Richburg SC. Oldies with an obituary announcement time at 1 p.m. Great station.

Rowan Media Inc. will be inquiring about their future plans and evaluate the possibility of returning it to the air.

I will be sad to see it go, but I understand why. We could only hear it well at certain times.

May WSTP rest in peace. Maybe by some feat someone will come along and put it back on.

Thank all of you so much for giving to our little ones. God’s continued blessings upon you and your efforts for next year.

The rocks are most beautiful when left in their natural state — i.e., without paint.

There will still be plenty of rocks in their natural state for you to cherish. Art inspires and is a gift from God.