Editorial: Crime solution takes all of us 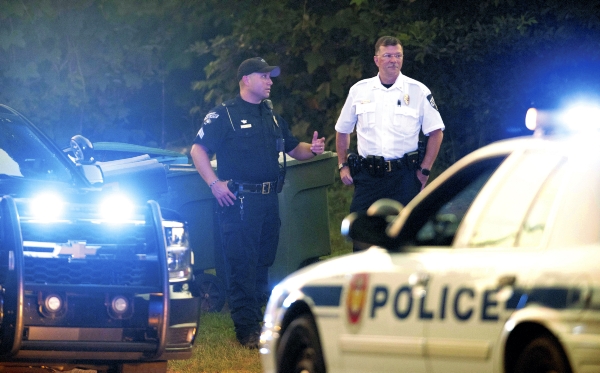 Four shootings in less than 24 hours — that was the phrase repeated on television about Salisbury on Wednesday. No one was killed, thank God, but at least two young men were seriously injured. Once again Salisbury’s push for peace and safety in all neighborhoods is thwarted by gunfire.

Something is different this time, though. To Salisbury’s new chief of police, Jerome Stokes, this is not business as usual. “I am personally, as the police chief, outraged and the police department is also outraged at these series of violent crimes that have occurred in the city in just a short period,” Stokes said.

“The community, I’m sure as well, should be angry about the violence that is going on now over the summer.”

Anger fits. So do frustration, determination and even sadness. Young men with the potential to do good things instead bring violence and bloodshed into neighborhoods. Police will try to track down perpetrators and charge suspects. But they cannot do the job alone.

Residents need to be as determined as the police are, and as willing to take action. Stokes said he’d like the community to partner with his department to solve these crimes. No amount of information is too small, he said, especially if someone saw or heard something that could help the investigation.

These are far from the only crimes in Rowan County this week. A man was shot and killed early Monday on Foster Road, and a family friend is charged with his murder.

This issue affects all of us. Salisbury and Rowan County have a collective responsibility to prevent crime by addressing the conditions that provide such fertile ground for it. That’s why successful economic development, rigorous education and healthy families are so important. Without them, poverty, substance abuse and crime grow like weeds. Police and the courts — and neighborhoods — are left to deal with the results. Community policing will help, by establishing trust between officers and citizens. If police  are the only people working to reduce crime, they face a nearly impossible task.

Anyone with information about Tuesday’s crimes is asked to contact Salisbury Police at 704-638-5333 or Crime Stoppers at 1-866-639-5245. Tips also can be submitted online at http://tips.salisburyrowancrimestoppers.org/