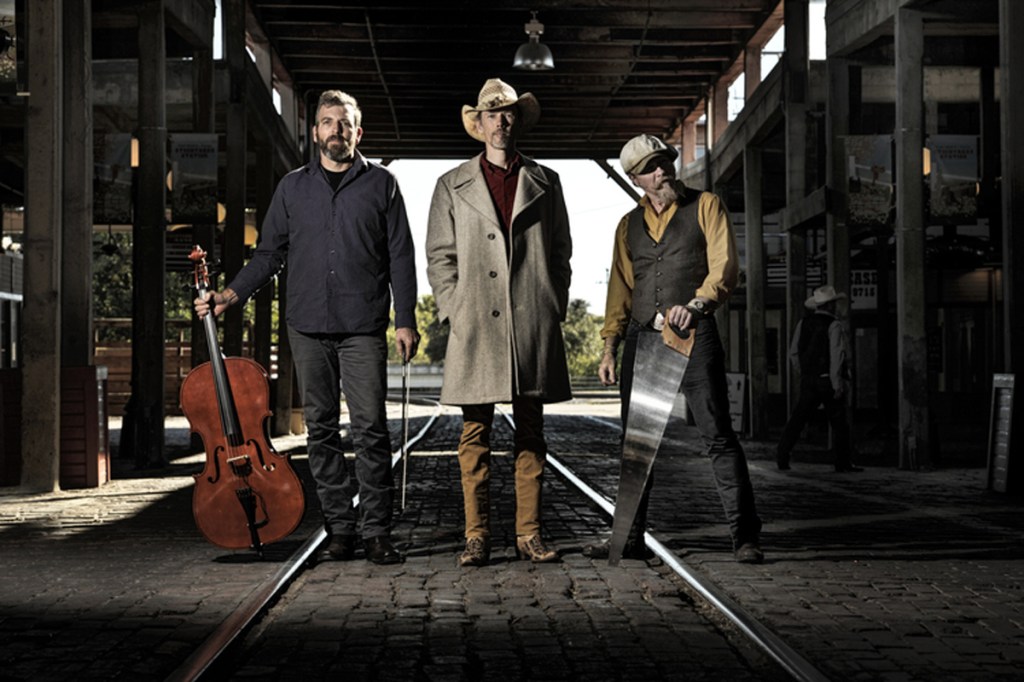 Next March, the Charlotte Folk Society will reach a significant milestone – the 35th anniversary of its founding in 1982. The second concert in our 2016-2017 Gathering Series features Jonathan Byrd & The Pickup Cowboys.

“One of the top 50 songwriters of the last 50 years. ” — Rich Warren of WFMT in the Chicago Tribune

“Sly, subversive and able to say more in two words than most other people can say in a novel, Byrd is clearly one of the tent poles of contemporary folk music. He sounds like he’s straight from the back porch but he’s taken a long, hard look at life and knows how to bring it into focus. This . . . is going to set your ears on fire, even if you aren’t a folkie.” — Midwest Record

“Jonathan touches your soul. His good heart, and common sense outlook to life, clearly comes through in his songs. He’ll have you both laughing and tearing up within the space of a few minutes. ” — Jeanne Murrin Wilkinson, No Depression

“Jonathan Byrd swings from the roots of American music . . . He jumps between gutbucket blues and tender ballads, empathetic work laments and sympathetic character studies . . . Byrd shares the often-missed, always poignant tales of the small people that make this world such a big place.” — Grayson Currin, The Independent

Charlotte Folk Society Gatherings are made possible, in part, with funding from the Arts & Science Council. This concert is presented in partnership with Charlotte Community Radio.