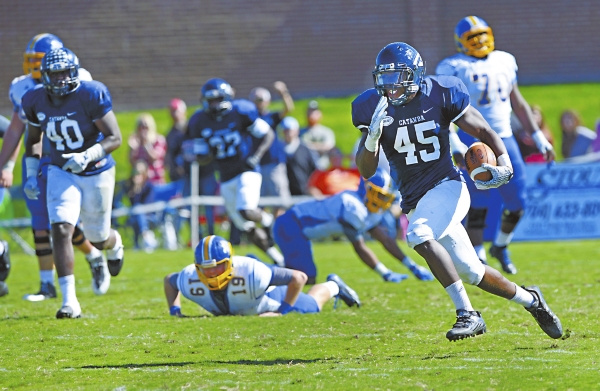 Wayne Hinshaw/for the Salisbury Post Catawba All-American linebacker Kyle Kitchens (45) takes off, returning an interception 90 yards for a touchdown against Mars Hill during a game last Oct. 17. Catawba travels to West Georgia to open the season on Saturday.

College Football: Catawba is strong, but so is the…