Murder suspect’s mother: “My son was just trying to protect me” 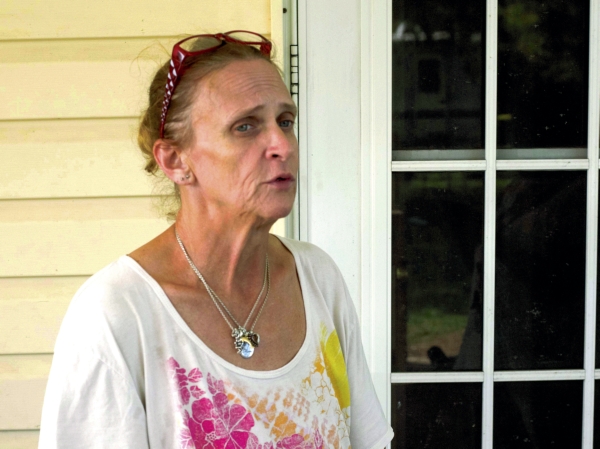 WOODLEAF — The mother of a man charged with murder says her son was coming to her defense and that the situation was “senseless.”

Her son, James “Booker” Leonard Stewart, 21, was charged on Monday with the murder of family friend Dewey Ervin Gray, 54.

The Rowan County Sheriff’s Office responded to 5985 Foster Road just after 2 a.m. to a “possible shooting.” Deputies found Gray lying in his driveway.

Gray told deputies he’d been shot by a man he knew by the nickname Booker. He was treated by Rowan EMS at the scene and flown to Wake Forest Baptist Medical Center, where he later died.

According to a search warrant, Stewart, who lived in a camper behind his mother’s home at 5075 Foster Road, shot Gray in the chest following an argument.

While investigators were looking into the shooting they discovered several “one pot” meth labs outside the home. The investigation into the meth labs continues.

Wanda Stewart said the incident stemmed from an argument Gray had with his girlfriend. According to Wanda Stewart, she drove the woman to Gray’s home and he refused to see her, so Stewart drove her back to her home.

She said the next thing she knew, Gray punched her and she fell backward against her car.
Stewart didn’t know her son had come up behind her. He warned Gray, saying not to “put his hands” on his mother.

She said her son told Gray to leave also, but then Gray turned, and they thought he had a weapon. Stewart said Gray yelled expletives and told James to “shoot me then.”

Stewart said her son shot Gray with a 25-gauge; a search warrant says investigators found a bullet for a 25 automatic inside an ashtray in the camper.

Stewart said Gray fell to the ground. He got up and then began to drive away.

She said she and her son tried to help Gray by offering to drive him to the hospital, but he sped away, nearly running over his girlfriend.

Wanda Stewart called 911 and so did Gray’s girlfriend. When she didn’t hear any sirens, Stewart said, she called Gray’s cousin and told him to go to the house.

At some point following the shooting, James Stewart left.

Stewart said she was told Gray died around 7 a.m.

“A friend of mine is dead, and my son is going away,” she said, teary-eyed.

Stewart said Gray had just been released from prison in June after serving about six years. She even took him to his meet with his parole officer on occasion.

As for the meth labs found on her property, Stewart said she was not aware of them. She said she was told they were found in the woods.

When asked if her son was abusing drugs, Stewart said she didn’t know. She did say he had not been doing well as of late. She said about three months ago he called to say he needed help.

He owned a carpet installation business, which folded, and he’d sold his mobile home. He bought the camper and moved behind her house about three months ago.

She has two other children, a 33-year-old and a 16-year-old who started school Monday.
Stewart said her family is heartbroken over the whole situation and that her son was just trying to protect her.

A family member of Dewey Gray declined to comment.