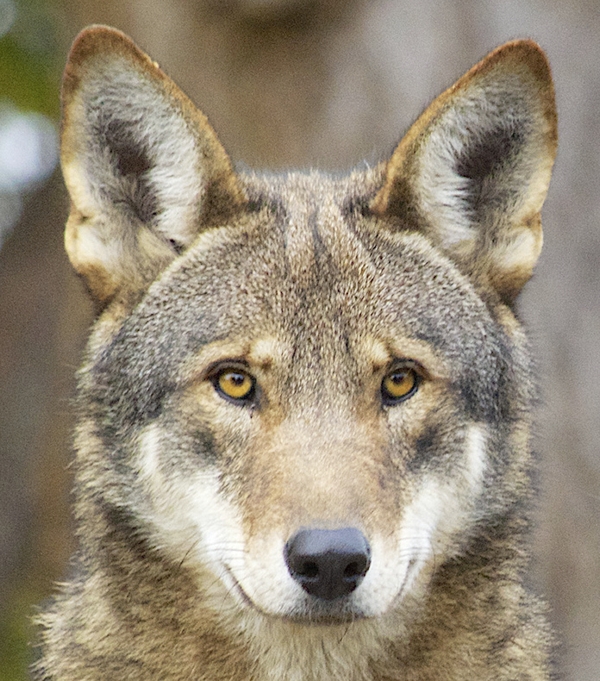 Submitted photo Christian Hunt will speak about the plight of the red wolf on Sept. 1 at the Center for the Environment.

The red wolf is “the world’s most endangered canid (member of the dog family),” according to Christian Hunt, program associate for Defenders of Wildlife’s Southeast region. No more than 60 wild red wolves are left, and they are all living in a small holdout in North Carolina.

Hunt will speak on efforts to recover the red wolf in the state on Thursday, Sept. 1, at the Center for the Environment facility on the Catawba College campus.

He graduated from the UNC-Charlotte School of Law in 2015, where he studied environmental law with a particular emphasis on climate change and the law, the Endangered Species Act and habitat connectivity. As a native of the state, Hunt has also participated in local and grassroots projects throughout the Piedmont and Blue Ridge of North Carolina. He holds a bachelor of science degree from UNC-Charlotte.

Prater supervises and directs Defenders’ efforts to protect imperiled wildlife and their habitats in the Southeast. He is also building on the work of the organization’s Florida and legal teams throughout the region and expanding its work into the Carolinas, Georgia, Tennessee, Kentucky and Alabama, which are home to sensitive habitats and many endangered species.

Before joining Defenders of Wildlife, Prater worked for Wild South where he served as director of conservation, guiding efforts to protect and restore public lands while preserving wilderness and biodiversity across the Southeast. During his 11-year tenure, Prater participated in strategic partnerships to protect wilderness areas, old-growth forests and rare species habitats.

A graduate of Catawba College’s Environmental Science Program, Prater holds a master’s degree in environmental management from the Nicholas School of the Environment and Earth Sciences at Duke University.

Zino’s story and petition were picked up by several local and national organizations. He recently participated in the National Geographic Emerging Explorers event and the NC Business Committee for Education annual panel.

The presentation will be held at 6:30 p.m. in Room 300 of the Center facility. The event is free, but registration is required. To register, individuals may call 704.637.4727 or visit CenterForTheEnvironment.org.