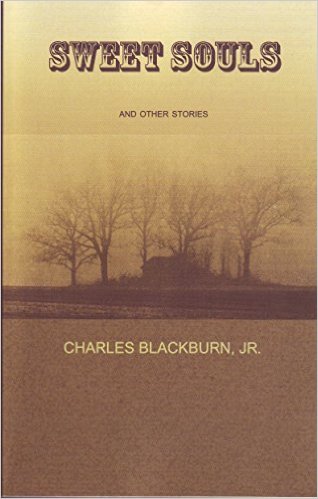 Charles Blackburn, author of “Sweet Souls,” grew up in Henderson and worked all over the Carolinas as a reporter and editor, bookstore owner, and publicist for a medical center and a national scientific fraternity. Those experiences gave him a rich source for his imaginative short stories set in the Carolinas and in venues in and out of the rest of the world from Palestine to Pakistan. My favorite though was “The Outlaw,” set in Anson County’s Lilesville, where the outlaw, “Fireball” Catlett, demands from the editor extra copies of his paper’s coverage of his gang’s exploits. The editor agrees on the condition that his newspaper will have exclusive coverage of Catlett’s planned surrender to authorities. Catlett asks only, “Will you take pictures?”

Thursday (Sept. 8) at 5 p.m.
Katy Simpson Smith talks about “The Story of Land and Sea”

“The Story of Land and Sea,” Katy Simpson Smith’s debut novel, is set in the small coastal town of Beaufort around the time of the American Revolution.

The book follows generations of families under stress — fathers and daughters, mother and son, masters and slaves. There is war and piracy, kidnapping and escape and a challenge to religious faith in a God who presides over tragic loss. It is also a story that provides a fictional solution to the puzzle of a gravesite in Beaufort marked with “Little girl in a rum keg.”

In The New York Times Book Review, Marilyn Stasio wrote, “The grandiosity of this first novel’s title belies the wise and poignant understatement of the narrative’s language and form…Smith’s style is compressed yet contemplative, intensely lyrical in its descriptions of the 18th-century Southern cultural landscape.”

New in paperback: ‘My Life on the Road’ by…