Animal Talk: By the numbers 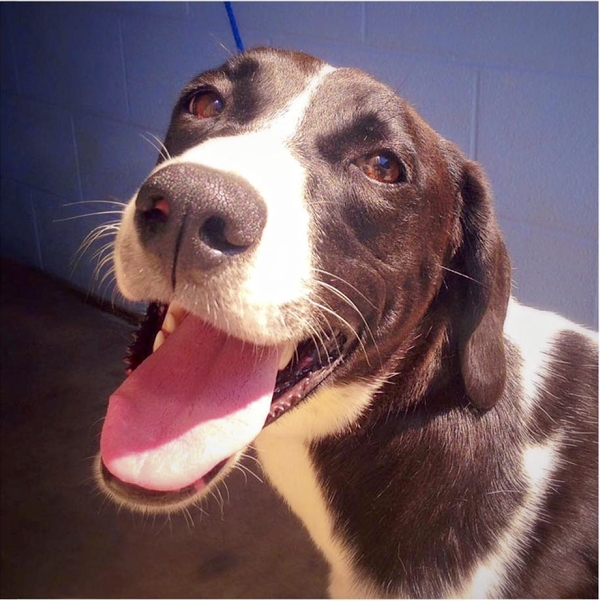 Luna is available for adoption from the Rowan County Animal Shelter.

It has often been said that dogs are man’s best friend. Of course, people who like cats may have some trouble with that. But it is true that, for many people, pets — be they cats or dogs — are a major part of what makes them happy in their lives.

According to the American Veterinary Medical Association, 36.5 percent of households in the United States keep dogs as pets and 30.4 percent of American households have cats. People who keep cats keep more of them, with 2.1 cats on average versus 1.6 dogs. By the AVMA numbers taken from 2012 statistics, that is just under 70 million dogs and just over 74 million cats for the total number of pets in U.S. households.

Let’s consider some other numbers that are very important. According to the U.S. Centers for Disease Control, 10,829 human babies are born each day on average. For most of the sites that list numbers, they all seem to agree — about 70,000 puppies and kittens are born each day in the United States.

So that gives us some simple math to look at. That is about six and a half pets for every person born. And that is each person. Considering that a little more than a third of each household wants about two pets, it is easy to see that there is a problem. And that problem is an overpopulation of cats and dogs.

About 8 million cats and dogs enter shelters in the U.S. every year. In North Carolina, the N.C. Department of Agriculture requires that every public animal shelter submits statistics for the year. In 2015, these records show that 2,538 cats and 2,030 dogs came through the Rowan County Animal Shelter.

If you want to look up numbers for all North Carolina shelters, Google “2015 public animal shelter report NC.” Fortunately, Rowan County Animal Shelter has an outstanding record of finding homes for most of these animals. This would not be possible without the help and support of the many excellent rescue organizations that choose to work with us.

This is a pretty good record, especially when compared to other shelters in North Carolina. I think it is fair to say that the shelter that belongs to the taxpayers of Rowan County is good at saving animal lives, comparatively speaking.

But there is more that can be done. Little things over time can add up to make a difference. But there are a few things that will make the most difference the fastest. For that, all of the citizen owners of the shelter who are also pet owners need to help.

If you own a pet, it is a great idea to microchip it. All vets do this, and it is basically like getting a shot that puts a small harmless device under the skin of your pet that can be scanned with another device that tells us that you are the owner. If your pet gets out and it winds up with us, we give you a call and it’s all over. That small chip can save you a lot of worry.

But the absolute most important thing is to help us make sure that you don’t wind up with unplanned kittens and puppies. So many times we have citizens come to the shelter with a box full of little furry faces saying that they just can’t afford to care for them, don’t have the space, etc. There is a saying in rescue and shelter circles: “If you want to save 100 kittens, then spay a female cat.”

Many pet owners do take the time to spay or neuter their best friend because they know it is the best thing to do. There are many reasons to do it. It actually has been proven that it can extend your pet’s life. On the average, according to a USA Today 2013 report, neutered male dogs live 18 percent longer and spayed female dogs live 23 percent longer. Their urge to roam is curbed and reproductive system cancers are no longer a factor.

In both cats and dogs, in both males and females, urine marking is a big issue for indoor pets. Spay/neuter at the appropriate age reduces that by as much as 90 percent. It also reduces urges to fight with other members of the same species, especially in males.

All of these are good reasons why adopted animals from our shelter are required to be spayed or neutered when you sign our adoption contract. But the main reason is reducing the huge problem of companion animal overpopulation. Remember that six and a half pets for every baby born?

Currently, adopters from the shelter still pay $70 for a voucher that is accepted as equal payment by all Rowan County veterinarians and many outside of Rowan in our area of the state. The overall cost of the surgery may be more than that. We advise our adopters to shop around and also watch for reduced-cost clinics sponsored by the Humane Society or individual vet clinics. In the future, we hope to be able to do our spay/neuter internally at the shelter before you adopt.

It is likely that your pet may not be an animal from our shelter. You have a part to play, too. Please consider that your best friend deserves a best friend who wants them to live longer, healthier lives. You want a best friend that does not want to roam and cannot surprise you or your neighbors with unplanned mouths to feed. Get your pet spayed or neutered. And while they are there … maybe a microchip is a good idea, too.