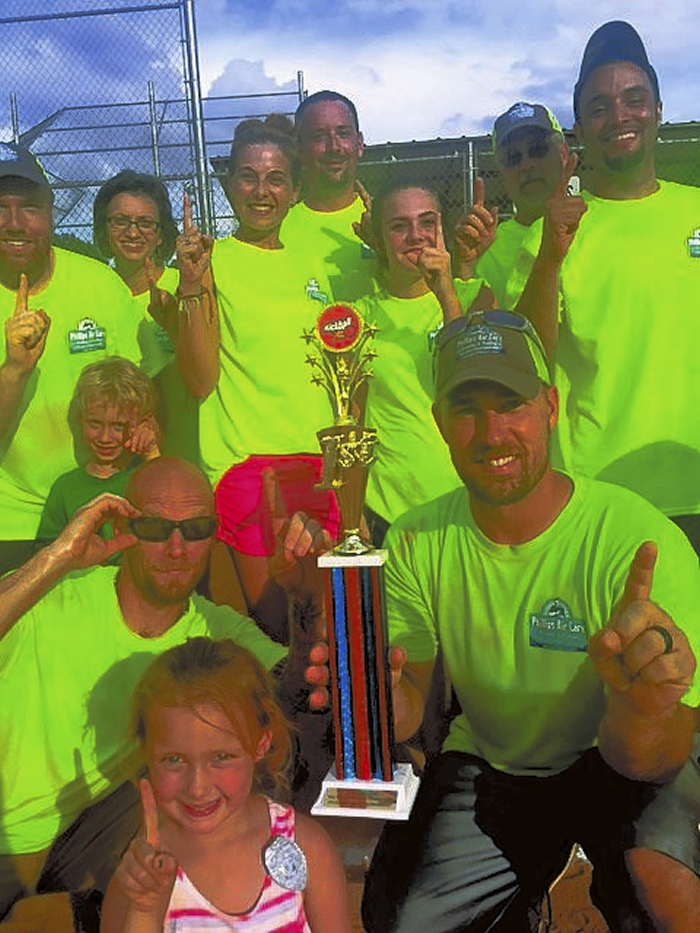 The double-elimination tournament, done in partnership with Salisbury Parks and Recreation, had opening ceremonies at 9 a.m. Devora Neely, one of the coordinators for the event, thanked the teams, sponsors and volunteers.

Mayor Karen Alexander made remarks. Pastor Bill Godair of Cornerstone Church offered a prayer, and 49s player Jalon Walker sang the national anthem. Coach Brian Miller, the Salisbury 49ers president, spoke about the organization, introduced the players and thanked everyone for their support.

“Some teams camped out all day under tents,” Neely said. “Police officers and firefighters came in and out to join their teams. Some police officers even played in their full uniforms. Everyone really seemed to have a fun time.”

“Thank you to all who sponsored teams, as well as volunteer referees, DJ Double J and all of the vendors,” Neely said. “We want this to be an annual event, and we hope to have even more teams next year.”

The Salisbury 49ers play their home games at Knox Middle School on Saturdays. The club’s first game is Sept. 10. The full season schedule can be found on the team website at Salisbury49ers.teamapp.com.

“The Salisbury 49ers is a traveling AAU football team, and because we are AAU and travel for games and events, there is a large expense to run our team effectively,” Neely said.

The Salisbury 49ers youth football club has four teams, serving roughly 60 to 70 kids ranging in age from 5 to 12.

Neely expressed thanks to Salisbury Parks and Recreation for its help with the kickball tournament.

“We met weekly to ensure this would be a successful event,” she said. “Not only was this a fundraiser, but we wanted to focus on bringing unity and something positive to the Salisbury community.

“We reached out to churches, businesses, the fire department and law enforcement. We wanted our youth to see our community come together. We wanted them to not see law enforcement as not just what it has seen on the news but as human beings and to be able to have positive and fun interaction.”