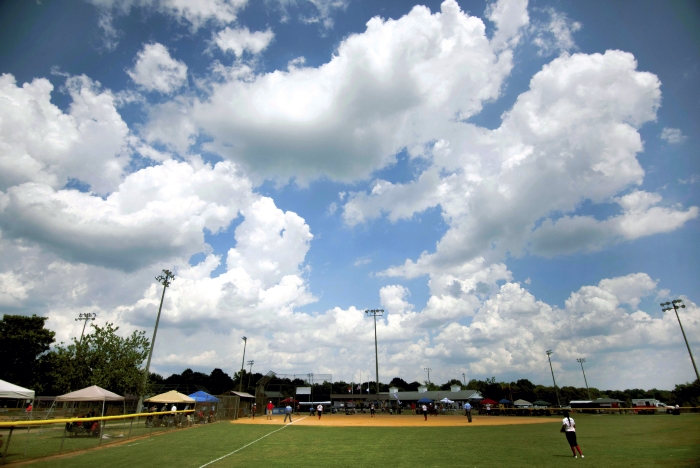 SALISBURY — A city-county partnership could be an option for a Rowan sports complex.

Instead of building a new sports complex near I-85, Commissioners Chairman Greg Edds says Rowan County could add onto Salisbury Community Park, which already contains a number of athletic fields and sits on 300 acres. The park isn’t technically in Salisbury, but is owned by the city.

County commissioners first began looking for a company to conduct a sports complex feasibility study in October. The draft was submitted to county government on June 21. County Manager Aaron Church says county government has been reviewing the document since late June.

Church says a number of questions need to be answered before the sports complex study can be considered final. However, the draft provides estimates on how much a new sports complex near Interstate 85 could cost — $23.28 million on the low end and $24.1 million at the high end.

A majority of county commissioners say they aren’t ready to spend $20 million on a sports complex located near I-85. Edds wouldn’t say whether he’s ready to completely discard an I-85 complex as a possibility, but spoke at length about the potential for adding facilities to Salisbury Community Park.

“My understanding is that we have 300 acres out there, we’ve got the infrastructure in place and the bones are out there for what could be a top-notch facility,” Edds said.

He said the final sports complex study would need to include “extremely surprising” and “astounding” information for Rowan County government to invest more than of $20 million into a new sports complex. Commissioners Vice Chairman Jim Greene and Commissioner Craig Pierce expressed similar sentiments.

“It does look like it’s going to be pricey for us to build a new complex, but I would still like for us to pursue some type of increased park activity,” said Greene, who sits on the county’s parks board. “I would like for us to work out something reasonable to have a sports complex. Now, if we’re talking about $15 (million) to $20 million, then it’s out of the question.”

In its draft, Victus Advisors picks three sites to examine as the potential home for a sports complex. One sits on Horsepower Lane, just off of China Grove Road and east of Landis. Another sits on Long Ferry Road. A third is located on Robinson Road, east of East Spencer and south of Spencer.

Victus Advisors estimates the Long Ferry Road site — also being marketed as an economic development site — to be the most expensive. The Robinson Road site would be the least expensive to develop, according to the draft study. All three sites could require a combination of tax increases, grants and bonds to make development possible.

When asked about the study, Church, the county manager, said it hadn’t thoroughly examined all of Rowan’s resources.

“I think before the draft can even be called a draft, we’ve got to look at the largest resource we have, and that’s the park on Hurley Road,” Church said, referencing Salisbury Community Park.

An estimate for adding onto Salisbury Community Park wasn’t included in a draft of the Victus Advisors study.

Another option, Pierce said, would be adding onto Dan Nicholas Park. It’s already a popular attraction for visitors. The county also owns 50 acres at Dan Nicholas.

However, Pierce said it’s premature to pick a particular option.

Edds says he’s interested in seeing a final study that includes information about building a new sports complex, but county government would be able to turn Salisbury Community Park into “a remarkable place for a lot less than you could even buy land to start a new facility.”

More than one person in the Victus Advisors survey said Rowan County has poorly maintained fields.

“It’s sad that our soccer team has no local field to host games, and we have to play all of our games away, in Lexington,” said one respondent.

At the same time, more than one survey respondent questioned whether it’s appropriate to spend the county’s tax revenue on building a sports complex.

“Please do not squander our tax dollars on another white elephant, like the ball park that we eventually gifted to Kannapolis,” one respondent said. “Build another park or two, but stay away from sports complexes, please.”