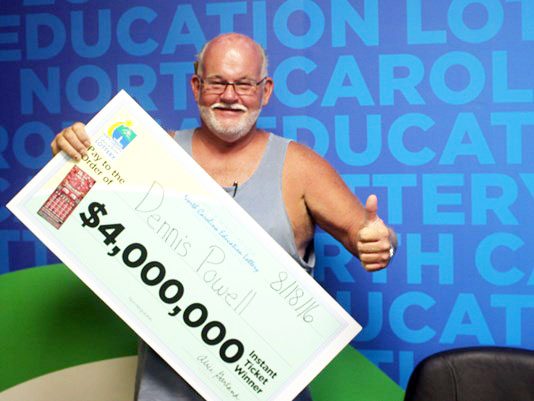 Powell claimed his prize Thursday at the lottery headquarters in Raleigh, where his photograph was taken with an oversized check for $4 million.

Powell bought his $20 Ruby Red 7s ticket at Mike’s convenience store on South Main Street, according to lottery headquarters. He told lottery officials he did not believe his card at first when he saw the winning numbers.

The lottery gave Powell the option of taking a $4 million annuity or a lump sum worth $2.4 million. He opted for the lump sum.