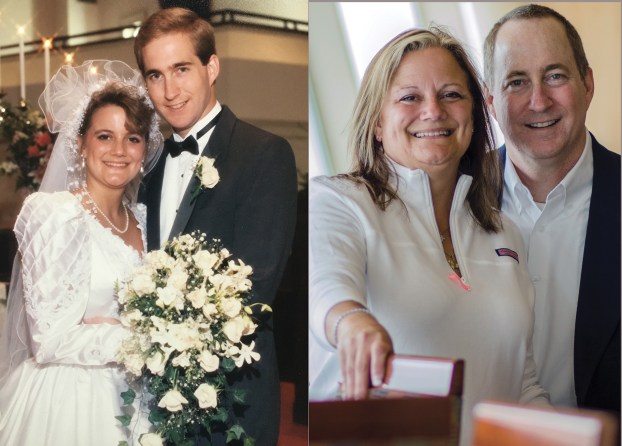 Howard Douglas and Wendy Douglas of Salisbury celebrated their 25th wedding anniversary Aug. 3, 2016. In honor of the anniversary, the couple, along with their children, spent two days in Seattle and then boarded the Explorer of the Seas for a seven-day cruise to Alaska. During the cruise they saw whales, Iditarod sled dogs, glaciers, icebergs and celebrated the anniversary with a renewal of vows ceremony aboard the ship.
The Douglases were united in marriage Aug. 3, 1991, at Mount Bethel United Methodist Church by the Rev. Randy Mickler in Marietta, Ga. Howard is a Vice President /Invesements Portfolio Manager-Solutions Program at Stifel in Charlotte and Wendy works for Michaels Stores, in the replenishment department, in Salisbury.
The couple have two children, William Douglas, age 22, a recent graduate of North Carolina State and Grace Douglas, age 14, a rising freshman at Carson High School.

Family and friends gathered on Saturday, July 30, 2016 at the Heritage Room on East Council Street to celebrate the... read more