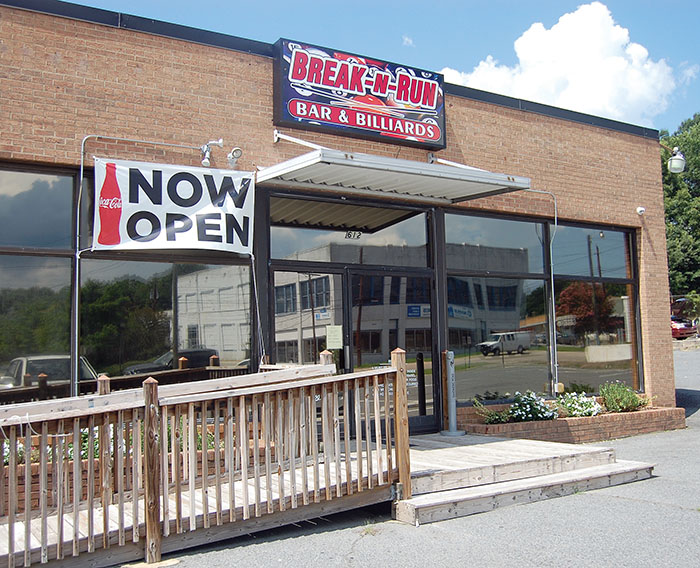 SALISBURY — A local business owner is hoping to change the reputation of a property on Main Street with a new bar and billiards business.

Her husband owns the property and Nekooasl knows it has gained a bad reputation from previous businesses. She said she hopes to change people’s views of the property with her business.

Right now, there are three Diamond pool tables in the building, along with a wooden bar with accent string lights and an outdoor smoking area. Nekooasl said she plans to expand the space into a back room and add at least four more nine-foot Diamond tables.

“I like nine-foot tables, myself. It’s more challenging,” she said.

It’s the seven-foot tables that tournament players play on, Nekooasl said. Right now, she needs four more teams to sign up by Aug. 30 in order to be an American Poolplayers Association tournament location. Teams can sign up as late as the day of.

APA tournament players must be members of the Piedmont APA League and eight players are allowed on a team. Pool players of any skill level can play, and Nekooasl said lower-rank players are actually preferred since the players’ rankings have to add up to 23.

For those who don’t want to play in a tournament, the business is open to play pool just for fun. Nekooasl said she eventually wants to add a restaurant, but for now the private bar just serves alcohol and snacks.

She also wants to start Scotch-Doubles tournaments for those who want to play with a partner.

There is a $1 membership fee, and since opening 129 people have become members.

Break N Run Bar & Billiards is open Tuesday through Thursday and Saturday from 4 p.m. to 1 a.m.