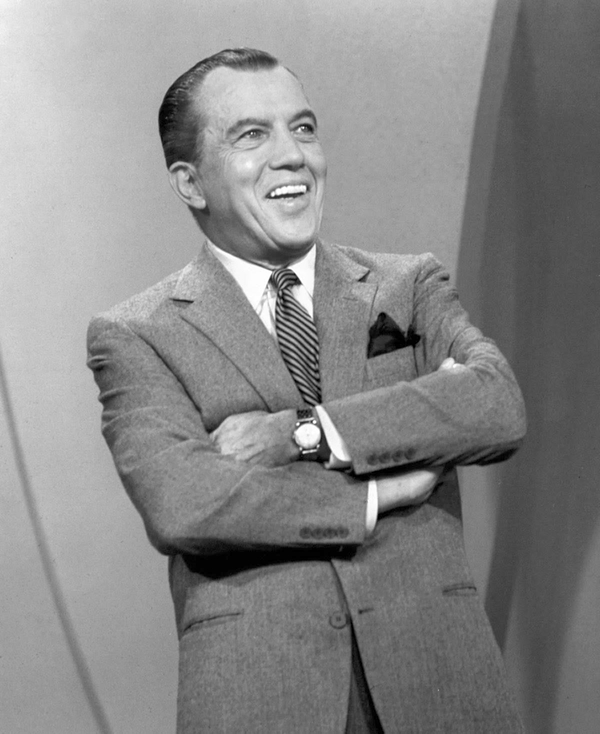 SALISBURY — So what’s it like to put on a “really big shoe?”

Kent Bernhardt is getting ready to find out. Bernhardt will play the ill-at-ease, but master showman in next Saturday’s Ed Sullivan Show Tribute. The event, which begins at 7:30 p.m. at the Norvell Theatre, is a fundraiser for the Salisbury Symphony, and is already sold out.

That in itself is a tribute to a man who hasn’t been on television for decades. Sullivan’s weekly variety show ran from 1948 to 1971, and featured performers from Elvis Presley to the Beatles to animal acts and even a mouse.

Next weekend’s show may not have Topo Gigio — the aforementioned mouse puppet who often appeared with Sullivan — but it’ll have just about everything else.

Performers scheduled to appear include:

• “The Ed Sullivan Singers” from Statesville

• The Beatles from Catawba College

• Carol Harris as a torch singer

• Kevin Agner on cello and Laura Agner on piano, with a rendition of “Amazing Grace”

Additionally, WBTV’s David Whisenant will serve as the show’s announcer.

Finding talent for the event wasn’t difficult, Bernhardt says. He and Linda Jones, the symphony’s executive director, kicked around some names, and developed a list.

“Ed had a great variety of acts on his show every Sunday,” Bernhardt says. “If you were on Ed’s show, you were somebody.”

But, he adds, “It’s a lot that’s got to come together, real quick.”

Indeed, the troupe will only have one dress rehearsal on Saturday afternoon, take a dinner break, then perform that evening. This was much the way it happened on the Ed Sullivan Show, Bernhardt says, which was also a live performance.

Which means you never knew exactly what was going to happen — or maybe what will happen next Saturday, either. That was part of the show’s charm, Bernhardt says. “You knew when you tuned in, you would see the finest in entertainment. Ed was the king of show biz.”

Just like the show itself, the Ed Sullivan Show Tribute will have commercial breaks, with vintage commercials from back in the day, Bernhardt says, as well as modern commercials from show sponsors Caniche, F&M and Catawba College done in vintage style.

Bernhardt says he’s felt a bit like Sullivan himself in finding local talent and asking them to participate in the fundraiser. For instance, he talked with Kevin Agner after the young cellist performed at Pops at the Post.

“Would you like to be a part of the Ed Sullivan Tribute Show?” Bernhardt asked Kevin.

He then went home and asked his parents, “Who’s Ed Sullivan?”

For younger audience members who may be asking the same question, Bernhardt has put together a 4-minute introductory clip on Sullivan.

Anger says he’s pleased to help out with the fundraiser. He’s played with the symphony several times. He and his sister Laura have played their selection, “Amazing Grace,” at church and in recitals, he says. “It’s our favorite piece  to play together.”

Even though Bernhardt will try to look as uncomfortable as Sullivan did when he was on the air, it’ll be tough to do with such wonderful talent onstage.

“It’ll seem a little hectic,” he says, “but it feels good when people want to come to see the performance.”

Although the show is sold out, Jones does have a wait list. To be placed on the wait list, call the Salisbury Symphony office at 704-637-4314

Library has resources to help you create a resume