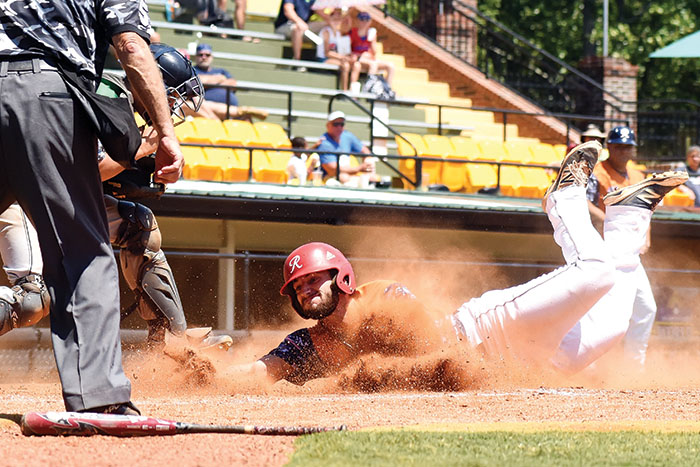 Jake Pritchard of Rowan County slides safely into home en route to their 12-0 defeat of Kennewick, Wash., Post 34 in game 10 of the American Legion World Series on Sunday, August 14, 2016. Photo by Lucas Carter / The American Legion.

“We gave up our whole summer, but I don’t feel bad about that at all. We were a really good team. If we hadn’t been, we would never have gotten here.”

“I’ve lost a lot of games, but seeing their sad faces breaks my heart.”

“They could’ve been resentful, but they weren’t. They helped everyone get along.”

— Pete Stout, coach, Salisbury/Boyden High football, on the influence of James Bridges and Fred Evans after the push for integration closed their school, J.C. Price