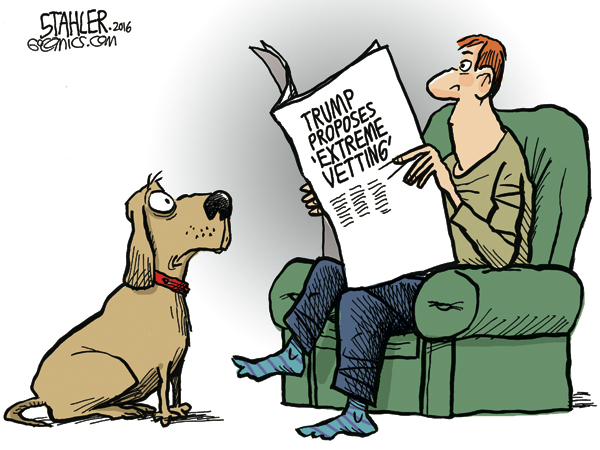 I am so proud to have Billy Hughes in Salisbury. To see the quality of his work, look at the Loray Mills project in Gastonia.

Kudos to DSI (Downtown Salisbury Inc.) for shepherding this along.

It’s great to see that we’re finally getting The Empire Hotel back. I hope they’re planning on finding ways to solve the parking issues they’ll have, because we already have parking issues on South Main as it is now.

… Editorial: The Empire strikes back

We have been here before with considerably less fanfare. The devil is in the details. In the next 12 months, we will all need to work together to cement this deal.

In fairness, we have been “near” here before, but never “here” before. This time we have a developer with a proven track record for this kind of project. We have another city’s city council and mayor singing the developer’s praises. We have the project reviewed and endorsed by Centralina Council of Governments.

We have a mayor, Salisbury City Council and city manager who are engaged and enthusiastic. We have an economy that is growing as opposed to being in a recession. We have a national trend of people moving into urban areas. We have Integro. We have Fibrant. We have a county commission that is encouraging growth as opposed to chasing it away.

None of those powerful conditions existed the last time we had a developer lined up. Now, none of the above takes one bit away from your assertion that we’ll all need to work hard, creatively, enthusiastically and as a city united to make this happen. Amen to that. But this situation is so very different than the last and I am extremely optimistic to the point of enthusiastic confidence that we will be cutting ribbons in the front of the Empire in less than three years.

… Dr. Vergel Lattimore elected to Association of Theological Schools Board

Another Livingstone College graduate on the move. So proud of Dr. Lattimore.

Greatness and humility were never a question about you, Dr. Lattimore. You were my teammate, a mentor and a friend. Pride about you is easy for me, as the example has always been rock solid! You and I know whose you are and His glory continues to engulf and shine on you.

So proud to see my former MTSO (Methodist Theological School in Ohio) professor using his gifts to bless others in many wonderful ways. Congratulations, Dr. Lattimore.

Lots of hate going on today! I’m sorry that this country consists of non-white, non-Christian, non-Republicans. I know that just breaks both of your hearts to have to share this country with those that don’t fit into your little world! Get over it, fellas.

Mr. Lentz, I was intrigued by your letter. … While I realize that some of it is your opinion, which you are entitled to and which I respect, most of the letter is composed of untrue statements, which are easily verified, with a few hours checking on the Internet.

In the second paragraph you ask why go to Japan and apologize for dropping WMDs. The fact is that there was no apology made. … In the third you ask why it was necessary to give Iran $1.8 billion. The fact is we did not give Iran any of the sanctions money since the U.S.A. never had it. …

In the fourth you ask about ISIS receiving 1,000 trucks from Toyota swept under the carpet. It fell off of the news sites because it never happened. U.S. officials ask the same question about the origin of the trucks. …

In the fifth, you say we owe no country any thing except China. Fact is we do and China holds only about 8 percent of our debt.

In the sixth you ask why we have Muslim allies and the rest is your opinion which I will not comment on.

You then go on to ask why “GLBL’s” should have the same rights and benefits as normal people. The answer to this is found in the U.S. Constitution. The rights of all people in the U.S. are guaranteed by the Constitution upon which our laws are based and not by the Old Testament or any other religious document

The Democratic convention was anything but immoral in tone. There were messages of hope for all Americans throughout the four-day event. There were meetings and presentations from a variety of caucuses and councils. …

There were also speakers who talked about issues that affect all Americans, including presentations by parents of Sandy Hook victims, advocates for people living with developmental disabilities, 9/11 survivors, survivors of the Mother Emanuel Church shooting in Charleston, advocates of a $15 minimum wage, advocates of public education, the father of a Muslim serviceman who died in service to the U.S. Army, family members of fallen police officers, family members of youth killed in police shootings, etc.

The speech that most affected me, other than Michelle Obama’s, was one by North Carolina’s own Dr. Rev. William Barber II, who encouraged America to harness the power of love. He said, “We need to embrace our deepest moral values and push for a revival of the heart of our democracy.”

… My Turn, Bruce La Rue:  On the backs of the poor

Interesting thoughts, Bruce. I agree with much of it. However, it is still a worthwhile goal to advocate for a society where the benefits of rising national wealth are shared by as many people as possible.

I admire Warren Buffett greatly; he is an example of a person who has lived a modest life and accumulated great wealth. Mr. Buffett has stated that our tax system is not well designed, pointing out that his secretary pays a higher portion of her income in taxes than he does. So, while we shouldn’t blame the rich for our problems, I believe that we should reform our income tax system so that it no longer favors investment income over earned wages.

Re: “When they who barely have enough money to feed their families spend some of that money on lottery tickets, hoping to win the big $400 million jackpot, are they just trying to provide a better life for their families, or is it greed?”

Sometimes all you have to keep you going one more day is a dream. Sometimes a $2 dream can get you up in the morning to get in the fight again.

If you haven’t walked a mile in the other guy’s shoes, be careful of making judgments.

Does the Rowan County Sheriff’s Department need riot gear? Not if your logic is that we never had a riot, right? But it is better to have a tool and never need it than need one and not have it. It’s simply being proactive instead of reactive.

If there were no one around to hold McCrory and Co.’s feet to the fire, nothing would be done to get clean water to people living near coal ash.

I don’t buy this. I’ve yet to see any polls for N.C. governor and trust this about as much as I trust the national polls.

Education, HB2, and the coal ash scandal = One Term Pat.

It probably doesn’t help that McCrory is tying his political fortunes to Donald Trump, also.

… Holding hands: Don and Margaret Livengood die as they lived — together

What an amazing story of faith, hope and love. Thank you for sharing such sweet memories of their lives.

These two were amazing. You couldn’t have hand-picked better grandparents. I’m so happy for y’all to finally meet Jesus. And for it to be together is so awesome. Enjoy your second honeymoon. I love you both!

What a beautiful story of two people in love and their testament to their faith. My sympathy goes out to their families and all the friends that they most definitely touched during their lives. May their life inspire others.

What a wonderful story and display of their faith. I was accepted into the family from the time I started dating their son. Even though things didn’t work out, I still consider them family. May God watch over each member of this family, lead, guide and direct their paths so that each one may see them again in heaven. Thank you for allowing me to help out. Love to all.

I can only pray that I get to go with my wonderful husband just like this. What a love these two had and not just for each other.

I worked with Don at Stanback and remember the day he retired. Heaven has gained two new angels.

Amazing story of love, faith and a special couple. This story should be shared on national TV and K-LOVE radio. What a testimony. I am sorry for your loss. I did not know them. Reading this, I just want to give a hallelujah shout for them.

Thank you for sharing such a beautiful love story. The faith these two had was amazing. You don’t see this kind of love much anymore. God bless you for sharing, You all are in our prayers

That is amazing. What a wonderful way to enter heaven together!

Wonderfully written, Mark. For those of us who never knew these two, you gave us a superb and strong picture. Thank you. And thanks be to God for his two faithful servants.

Congrats to Capt. Earnest McCray. I had the privilege of working with him at the Salisbury Fire Department for many years. I never knew about his football achievements, he never spoke of them. I just knew he is a great person and became like a father figure to a lot of our younger firefighters. He was not shy about getting into someone’s face and telling them they were screwing up. You did it his way and the right way or you went out the door.

We were also fortunate to have Horace and Ed heading up our local sports news. They covered all local sports and had the ability to keep us interested in our sports activities. Their writing skills made you want to go see what was going on.

Congrats to a wonderful person, Capt. Earnest McCray. … It was a great honor to work with him at the Salisbury Fire Department for many years and a good friend. A true gentleman and a man of his word. He always had your back.

I had the pleasure of broadcasting Rowan County Legion games back in the late ‘60s on WSTP radio. Even though they lost last night, it brought back wonderful memories for me. The players and coaches should be honored for the season they enjoyed. American Legion baseball in Salisbury and Rowan County is truly special!

Congrats to Coach Gantt his staff and the team on an outstanding season!

The $400 million to Iran was money they paid to the U.S. in the 1970s to purchase fighter jets under the reign of the Shah. He was deposed in 1979 and the U.S. government did not return the money or provide any jets. Part of the deal regarding Iran not having nuclear capability was the return of the $400 million.

… After 35 years, siblings are reunited

Some people put Facebook down, but if you utilize it for the right reasons, something positive like this can come out of it. Thank God that you found your family. Enjoy the States.

Great story! I have also found long lost family that I haven’t seen in 20 years through Facebook. Enjoy your time together. So happy for y’all.